END_OF_DOCUMENT_TOKEN_TO_BE_REPLACED

ORLANDO| The LGBTQ+ Center Orlando will celebrate local LGBTQ leaders and businesses during its 8th annual Harvey Milk Diversity Breakfast and Awards on May 20.

The event is in honor of the Harvey Milk, the first openly gay politician in California. Despite a short political career due to his assassination, the event acknowledges the legacy he left and how, 42 years later, he is still one of the most important figures in human rights history.

END_OF_DOCUMENT_TOKEN_TO_BE_REPLACED

Roberts started the piano bar night over the summer and pianist Rebekah Piatt joined the team in September.

END_OF_DOCUMENT_TOKEN_TO_BE_REPLACED

The reigning queen of Broadway, Idina Menzel, is on top of the world and she isn’t letting it go anytime soon

LGBTQ cops in Central Florida are ready to talk GOALs

Since then GOAL has opened several other chapters in the U.S. with the most recent one kicking off in Orlando on Jan. 26. GOALcfl, as it is called for short, is now one of four chapters that branched from the original GOALnyc.

END_OF_DOCUMENT_TOKEN_TO_BE_REPLACED

LGBTQ and ally politicians, journalists, entertainers and more will be making drinks for attendees from 6 p.m. to midnight. All proceeds will benefit The Center for services such as STI testing and LGBT+ education and outreach in Central Florida.

END_OF_DOCUMENT_TOKEN_TO_BE_REPLACED 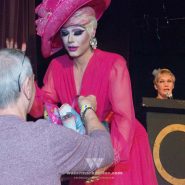 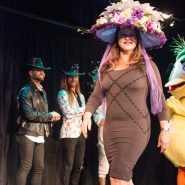 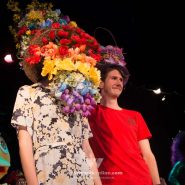 The previous record was set last year when Babes in Bonnets brought in $28,000 for OYA.

END_OF_DOCUMENT_TOKEN_TO_BE_REPLACED

Orlando’s Overheard: Ginger Minj gets married and Irma comes to the City Beautiful

Soon after a make-up panel—where Central Florida’s Ginger Minj (Josh Eads) gave 8-year old internet drag sensation Lactatia a make-over—Ginger asked Lactatia “I’ve done your make up and your wig, can you do something for me? Do you want to be my flower girl?” Then Ginger announced she was getting married today.

END_OF_DOCUMENT_TOKEN_TO_BE_REPLACED

Overheard: Woodstock closing, Queens get crowned and Southern gets crafty

On March 17, a lawsuit was filed against Sister Wives Inc. (the new Savoy) which also named Savoy owners Patrick Razo, Brandon Lllewellyn and Chris Hannay. The complaint for breach of promissory note was filed by George Butler and Randall Lambright, original owners of Savoy for a breach of contract.

END_OF_DOCUMENT_TOKEN_TO_BE_REPLACED

Orlando’s Overheard: Ash in the House, battle of the bands and armbands for a cause

Overheard in Orlando: Dr. Phillips Center for the Performing Arts… there’s an app for that!

Orlando’s Overheard: The masses came out for Pride, new Mojoman and Fringe exit

After being rescheduled from October 8 to November 12 due to Hurricane Matthew, Orlando proved that despite the move, Pride came out in full force! The Orlando Police Department estimated that over 150,000 people showed up for the parade.

END_OF_DOCUMENT_TOKEN_TO_BE_REPLACED

Overheard in Orlando: ‘High flying’ for Come Out With Pride

Orlando: Patty and the pole “It’s no longer just about yourself. You make this lifelong commitment to the person that you love, and you want to make sure you uphold those vows and what you said on that specific day,” said Michael Scott, 27, about how his wedding day changed him and made him feel.

Thomas Lawson and Michael Scott met two and half years ago at the April 2013 grand re-opening of Savoy Orlando. The pair tied the knot on Jan. 6.

END_OF_DOCUMENT_TOKEN_TO_BE_REPLACED

‘Watermark’ wants to feature your wedding or engagement!

Savoy threesome sees a split
Chris “Tadpole” Hanay is no longer part of the “new” Savoy. The former owner announced on Facebook that he was moving onto the next chapter of his life and referenced some new “opportunities” ahead of him. He didn’t elaborate on why he split from the other two owners, Patrick Razo and Brandon Llewellyn. A lot happened at the bar when the two took it over. They added a new dance floor and lighting, changed the name and theme of the adjacent tattoo lounge to the Locker Room. Last weekend, Hanay was seen bartending at Latitudes Bar. His former business partners have remained quiet about the split.

Set your DVRs for ‘Front Porch Chat’
Orlando resident Randy Ross is back on television. This time, however, he’s not going after a reality show dream. He’s hosting a talk show. From the description shared by him on Facebook, Front Porch Chat with Randy & Friends sounds like a down-home local version of The View or The Talk, although not starring any comedians or seasoned journalists. The show is scheduled to premiere on CW18 in March.

END_OF_DOCUMENT_TOKEN_TO_BE_REPLACED

Overheard in Orlando: Helping out the little guys

Burning suspicions
There are lots of rumors surrounding a fire that started behind Savoy over the Halloween weekend. But one thing is for certain, no one was hurt and Police are working on identifying a suspect. According to a post on the Savoy Facebook page, someone lit a fire on nearby train tracks and also doused the exterior ledges of windows near the entrance of the bar. But that accelerant was never set aflame. Many suggested that the fire was a hate crime, but Orlando Police are staying quiet on that for now. Video footage of the suspect has been turned over to OPD and eyewitnesses have shared their account of the fire. Savoy was quick to thank the OPD and Orlando Fire Department for their quick response. And to put fans of the club at ease, Savoy plans to add more security cameras and better lighting in the back of the property.

Eyeing Ivanhoe
Real Estate Inverlad Development LLC, a developer in town, has Ivanhoe Village, which is known as an arts district for many locals, in its sites for a new local project. The area is also home to the Orlando International Fringe Festival offices. LGBT-owned businesses, like the Venue and D Squared Productions and LGBT ally-owned bars like The Thirsty Topher are also located there. The project is called The Yard, and it will be a mixed-use space allowing for commercial use and residential living but the plan is to keep the aesthetic of the established artists in the neighborhood. According to the project’s conceptual artwork online, the new development will be between Virginia and Lake Formosa, enveloping Alden Road. Douglas White of D Squared said he welcomed progress but hopes the developers plan on working with the current businesses and will strive to keep the artists. As of right now, the current businesses haven’t been told how long they have to move or to renegotiate leases for the new spaces. We were told discussions are set to start as early as next week.

END_OF_DOCUMENT_TOKEN_TO_BE_REPLACED

Overheard in Orlando: Local LGBT bar gets a ‘lucky’ makeover

Overheard in Orlando: ‘High flying’ for Come Out With Pride
Previous Page