ABOVE: Sara Gilbert and Linda Perry at an Evening with Women event in 2014. (Photo by Greg Hernandez, from Wikimedia Commons)

Gilbert filed the separation documents in Los Angeles Superior Court Dec. 27. The papers cite irreconcilable differences as the reason for the split, and requests that neither woman receive spousal support.

END_OF_DOCUMENT_TOKEN_TO_BE_REPLACED When the “Will & Grace” ensemble and their producers got the bright idea to resurrect their show and squeeze some new laughs out of today’s increasingly bizarre source material, many folks over in the offices at ABC TV (and one unstable has-been smoking weed on her nut farm) sat up to take notice.

Roseanne, a titan of television and one of the medium’s most powerful influencers, has seen her light dim since her meteoric rise in the ’90s. Stars in Hollywood are actually no different than stars in the heavens: Both are enormous balls of gas that eventually burn out. Also, much like their celestial counterparts, the bigger they are the more fiercely they burn. Eventually, they burn off all of that gas, slowly fading, dimming and becoming more obscure. Then they buy a macadamia nut farm in Hawaii, get drunk and lose their minds.

END_OF_DOCUMENT_TOKEN_TO_BE_REPLACED

The Other Side of Life: Olympic Meddling 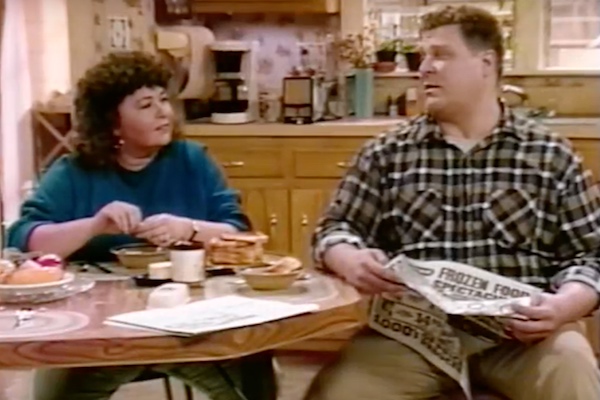 The “Roseanne” revival is casting for a gender-fluid character, ShowBiz 411 reports.

In the reboot, Darlene (played by lesbian actress Sara Gilbert) and David (Johnny Galecki) now have two children, a 14 or 15-year-old daughter named Harris and a nine-year-old child named Mark.