LGBTQ youth who are making a difference: Brandon Scott Kiley

Brandon found the Orlando Youth Alliance (OYA) at a point in his life when he needed it the most.

He was homeschooled by his parents and raised in the church. When he finally decided to ask about “the gay thing,” Brandon and his family’s path changed forever.

END_OF_DOCUMENT_TOKEN_TO_BE_REPLACED

ABOVE: (L-R) Heather Wilkie, Andrew Chang and Eric Rollings are among the community leaders helping to ban conversion therapy in Orange County. (Photo by Jeremy Williams)

ORLANDO | A petition calling for the ban of so-called gay conversion therapy for minors in Orange County has been launched on the website Change.org.

The petition, which can be found at ConvertToLove.org, has the support of local, state and national LGBTQ organizations including Equality Florida, Orlando Youth Alliance (OYA), One Orlando Alliance, The Trevor Project and the Zebra Coalition.

END_OF_DOCUMENT_TOKEN_TO_BE_REPLACED

One Orlando Alliance to host community discussion on LGBTQ homelessness

ORLANDO | A petition calling for the ban of so-called gay conversion therapy for minors in Orange County, Florida has been launched on the website Change.org.

The petition, which can be found at ConvertToLove.org, has the support of local, state and national LGBTQ organizations including Equality Florida, The Trevor Project, Zebra Coalition, Orlando Youth Alliance (OYA) and One Orlando Alliance.

END_OF_DOCUMENT_TOKEN_TO_BE_REPLACED

One Orlando Alliance to host community discussion on LGBTQ homelessness

We look back on 2018, a midterm year for a country that’s just living on a prayer

ABOVE: A sample of the bonnets auctioned off at the 2018 Babes in Bonnets event. Photo by Tabitha Widby

ORLANDO | The Parliament House will once again host the Easter holiday auction Babes in Bonnets, which fund raises for the Orlando Youth Alliance (OYA).

Each fundraiser over the past several years has continued to surpass the one before it, with last year’s auction bringing in a record $32,171. The fundraiser itself has been around for 21 years and was started by the legendary drag queen Carmella Marcella Garcia.

END_OF_DOCUMENT_TOKEN_TO_BE_REPLACED

ORLANDO | Lucky’s Market, located at 11750 E Colonial Dr, announced Orlando Youth Alliance (OYA) as one of its three nonprofit partners participating in Bags for Change, a quarterly fundraiser hosted by the supermarket chain.  Lucky’s Bags for Change program will help raise funds for OYA from Feb. 3 to May 25.

OYA is a nonprofit local organization providing LGBTQ youth a safe place and support group to discuss any issues or concerns in their lives and includes members from ages 13 to 24.

END_OF_DOCUMENT_TOKEN_TO_BE_REPLACED 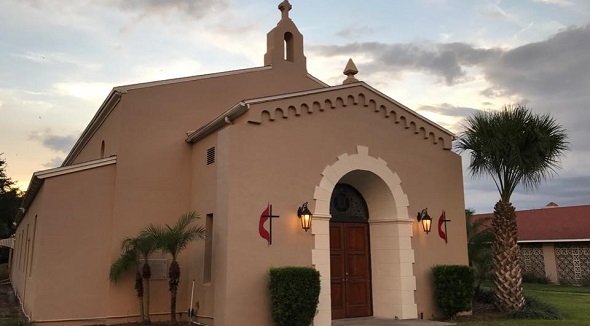 Reeves United Methodist Church, a church that has been in Orlando for nearly 100 years, permanently closed their doors leaving parishioners without a place to worship. The church was scheduled to close May 1 to be re-opened later this year as a daycare center, but decided to shut down a couple weeks early. Church volunteers were left to pack up their belongings while a locksmith was changing the locks, according to the Orlando Sentinel.

The church was not just home to the roughly 30 church members, but was also home to Alcoholics Anonymous (AA) and Narcotics Anonymous (NA) groups, as well as a rehearsal and storage location for the Central Florida Sounds of Freedom Band & Color Guard and a meeting space for the Orlando Youth Alliance.

END_OF_DOCUMENT_TOKEN_TO_BE_REPLACED

Babes in Bonnets, an annual fundraiser event benefiting the Orlando Youth Alliance (OYA), is back for its 20th anniversary at the Parliament House Footlight Theatre March 26.

The event, hosted this year again by Ms. Darcel Stevens and Blue Star, was originally created 20 years ago by the legendary drag performer Carmella Marcella Garcia.

END_OF_DOCUMENT_TOKEN_TO_BE_REPLACED

The Audubon Park Exchange community room, hidden above East End Market, buzzed with conversations ranging from the political climate of Central Florida to the effectiveness of the lighting in a production of Les Miserables. The students leading those talks wouldn’t be able to study politics or theatre without the help of local LGBT group Orlando Youth Alliance.

OYA serves LGBTQ children and adults between the ages of 13 and 24 in their three Central Florida locations. OYA specifically focuses on offering a community with safe spaces for self-expression. They hosted their reception for their six scholarship winners on Wednesday night.

END_OF_DOCUMENT_TOKEN_TO_BE_REPLACED

By setting up a scholarship, Karen Castelloes reached out directly to LGBT Youth in 2014

ORLANDO – “Should OADO do something to eradicate automatic and semi-automatic weapons from American life?” the Orlando Anti-Discrimination Ordinance Committee posted on its Facebook page July 3. “Who is up for the challenge?”

It was the first post from the legendary Orlando activist group in almost exactly two years. OADO has a long list of human-rights successes in the Orlando and Orange County areas, ranging from Orlando’s hot-tempered, pro-LGBT Chapter 57 battle in 2002, fair-housing ordinances, human rights ordinances, gender-identity ordinances, domestic partnership registries (the group notoriously argued with Orange County Mayor Teresa Jacobs through 2012 on this issue and its importance, forcing her to eventually, if half-heartedly, acquiesce). To most watching or involved, OADO had managed all that it could on a local level, and it had done so with great results and a lot of volunteer time spent.

END_OF_DOCUMENT_TOKEN_TO_BE_REPLACED

Michael Slaymaker became president of OYA in 2007 and has built on a legacy started 25 years ago.

END_OF_DOCUMENT_TOKEN_TO_BE_REPLACED

Come Out With Pride 2015 organizers celebrate a smooth event

A chat with Disney’s diversity champion about Gay Days