SALT LAKE CITY (AP) | After Brigham Young University dropped a section from its strict code of conduct last month that had prohibited all expressions of homosexual behavior, bisexual music major Caroline McKenzie felt newfound hope that she could stop hiding and be herself. She even went on a date with another woman.

That optimism was pierced last week when administrators at the university owned by The Church of Jesus Christ of Latter Day Saints clarified in a letter posted online March 4 that “same-sex romantic behavior” was still not allowed on campus. The letter said the recent revision to what is known as the “honor code” didn’t change the “moral standards” of the church or the faith’s opposition to same-sex marriage.

END_OF_DOCUMENT_TOKEN_TO_BE_REPLACED

Mormon county commissioner in Utah comes out as gay

LGBT students at BYU speak out about lack of inclusion

Years ago, in one of my seminary classes, someone posed the question, “Why do we trust people with our bodies who we wouldn’t trust with the keys to our car?” This was in a class on queer theology (yes, you find classes like that in seminaries, at least in the seminaries that are worth attending.)

The question was not an attack on queer life and it was not a critique of the sexual freedoms so many people in LGBTQ spaces enjoy. Instead, it questioned where in our lives we assign value and how we choose to protect our bodies, our possessions and our hearts.

END_OF_DOCUMENT_TOKEN_TO_BE_REPLACED

The Other Side of Life: Standing with Kneelers

The Wonderful World of Wanzie: WAVEs of My Own

For many that’s a combination of terms which illustrates the ultimate oxymoron. Those non-LGBTQ Christians, as well as non-Christian members of the LGBTQ community, who believe the two states are incompatible—if not incomprehensible— usually point to scripture to validate their arguments.

“Much of the arguments against homosexuality come from a complete misunderstanding of the cultural milieu in which these texts were written,” says Rev. Jakob Hero-Shaw, senior pastor of Metropolitan Community Church (MCC) of Tampa in Seminole Heights. “When we attempt to apply biblical ideas to our lives today, we are wholly unable to do so without taking into account the cultural context of the text and our own current social location.”

END_OF_DOCUMENT_TOKEN_TO_BE_REPLACED

Stories from gay and straight women in Central Florida, Tampa Bay and the nation during the AIDS epidemic

VATICAN CITY (AP) | Pope Francis has been quoted in a soon-to-be published book as saying that having gays in the clergy “is something that worries me” and remarking that some societies are considering homosexuality a “fashionable” lifestyle.

Italian daily Corriere della Sera’s website ran excerpts of the book Dec. 1 in the form of an interview that Francis gave about religious vocations. Francis was quoted as describing homosexuality within the walls of seminaries, convents and other religious places where clergy live as “a very serious question.”

END_OF_DOCUMENT_TOKEN_TO_BE_REPLACED

LGBTQ community cheers pope’s ‘God made you like this’ remark

The Other Side of Life: Standing with Kneelers Another football season is upon us. Thank God. Thank America.

I stand for the National Anthem. Even at sports bars, if the sound is turned up, I’m that guy who feels compelled to slide off my stool and remove my ball cap while “The Star-Spangled Banner” plays. I’m, admittedly, obnoxious that way. For the dozens of other people around me who don’t partake in this symbolic ceremony, I have no judgment. This, though not hidden, is a private act: a moment of reflection. I know that for those in fields and stadiums and parks and for other hoppy-fruity patriots in other bars, the moments that precede kickoff—including humming or mouthing along to this sonorous anthem—are as important to me as touchdown dances, chest bumps and the high drama of red zone defensive stands.

END_OF_DOCUMENT_TOKEN_TO_BE_REPLACED

The Other Side of Life: Our Sunday Problem

The other side of life: The other Sams I’m not a very religious person. Actually, I’m not religious in the traditional sense at all. Organized religion and I have not seen eye to eye for some time. That’s not a secret to those who know me well, but sometimes I find it harder to admit that to people than to say that I am a gay man.

In a previous article of mine, I described in detail a story of how I felt manipulated by “the church,” which was the beginning of the end for me. I then attended a very religious college, which to a young and outspoken liberal just seemed like a propaganda machine and torture device.

END_OF_DOCUMENT_TOKEN_TO_BE_REPLACED

For the past several years I’ve been asking God for a husband. Instead she gave me a puppy.

Now far be it from me to question God’s will. Although, I do have to wonder about the benefit analysis she might have gone through in making this decision. I adore my new 4 month old chiweenie girl named “Joy,” but I thought I’d do my own comparative analysis to see if a puppy or a husband was a better choice. I thought I’d look at six categories to see which won out on each. I’ll be honest with you, as I begin this column I have no idea who will come out on top in the end. Let’s see:

END_OF_DOCUMENT_TOKEN_TO_BE_REPLACED

Viewpoint: Around the world, Superpower failures

Mike Delamont is a critically acclaimed and award winning comedian from the Great White North, and he has sold out show after show at Orlando Fringe and at Fringe festivals across the world. If the name doesn’t ring a bell, that’s because Delamont’s fame doesn’t come from his own name, it comes from his character, which throughout the festival circuit, and a few religious organizations, is larger than life. Delamont is God, but not just any God, he is God the Scottish Drag Queen.

Delamont’s show, God is a Scottish Drag Queen, of which he performed Part IV at this year’s Orlando Fringe, has made him the talk of any festival at which he performs. Now, on the heels of filming a television special, Delamont is bringing Parts I and II of his successful God is a Scottish Drag Queen series to the Plaza LIVE. Delamont spoke with Watermark ahead of the show to let us know what we can expect from God and when we might get a peek at the Devil.

END_OF_DOCUMENT_TOKEN_TO_BE_REPLACED

VATICAN CITY (AP) — Pope Francis has lamented that children are being taught at school that gender can be a choice, adding that his predecessor, Benedict XVI has labeled current times “the epoch of sin against God the Creator.”

Francis weighed in with his view on gender and what he said was that of the emeritus pontiff while meeting privately last week with bishops from Poland during his pilgrimage there. The Vatican released a transcript August 2 of those closed-door remarks.

END_OF_DOCUMENT_TOKEN_TO_BE_REPLACED

Australians to vote on gay marriage if government re-elected 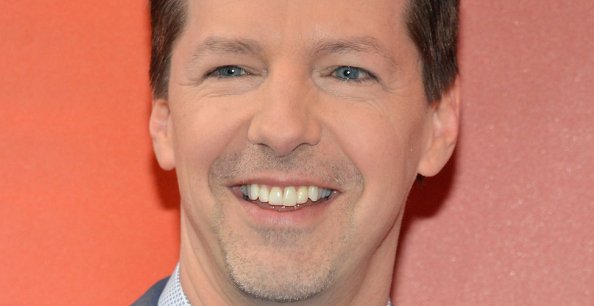 New York (AP) – Former “Will & Grace” star Sean Hayes is coming back to Broadway as a guy with plenty of will and grace.

Hayes will play God in a stage adaptation of the humor book “The Last Testament: A Memoir by God” on Broadway. The play, called “An Act of God,” is adapted by its author, David Javerbaum, and made its Broadway debut last summer.

END_OF_DOCUMENT_TOKEN_TO_BE_REPLACED

Sean Hayes stars in “An Act of God”

Michael Jackowitz is a doctor, Broadway producer—and source material for his mother’s book for gay parents.

The Sarasota County School Board heard public opinion yet again on whether to implement new trans-inclusive bathroom policies countywide at the March 1 board meeting.

The community has been divided on the issue since the school board first heard public debate on the subject at the Feb. 2 board meeting. A Feb. 16 workshop left the board divided on whether or not to implement the policy leading to a request from them to hear more public discussion.

END_OF_DOCUMENT_TOKEN_TO_BE_REPLACED

North Port set to have final vote on HRO

The bluster was all there in Orlando on Feb. 17, as it typically is at Democratic political events held in union offices. There was a violinist, there were stilt-walkers and there were numerous names and faces often associated with the local liberal machine. There was also a cheering squad of three shouting things like, “When I say madam, you say president!” It was all in the name of advancing Hillary Clinton’s presidential campaign in Florida, of course. Clinton has been opening offices throughout the state in the past weeks, eliciting hyperbolic statements of support. When statements like, “She’s a hard-nosed candidate who can get things done,” are thrown around by union leaders, it’s hard not to notice.

The battle is on.

END_OF_DOCUMENT_TOKEN_TO_BE_REPLACED

A collection of recent transgender battles fought in the courts

In 2014, Nadine Smith and Equality Florida made marriage equality a very real possibility for 2015