American Gene Technologies (AGT), a gene and cell therapeutics company based out of Rockville, Maryland, has filed an application with the U.S. Food and Drug Administration (FDA) for a new therapy which the company claims can eliminate HIV from people infected with the disease.

The treatment, which the company calls AGT103-T, is “a single-dose, lentiviral vector-based gene therapy” that is “a genetically-modified cell product made from a person’s own cells.”

END_OF_DOCUMENT_TOKEN_TO_BE_REPLACED

ABOVE: Rotunda at University of Virginia. (From Wikimedia Commons)

The Daily Progress reports Austin Houck and others have banded together to create Homoglobin, a social welfare organization with branches at other schools including Virginia Tech and the College of William & Mary. The Food and Drug Administration instituted a lifetime donation ban on gay and bisexual men at the height of the AIDS epidemic in 1983.

END_OF_DOCUMENT_TOKEN_TO_BE_REPLACED

Students walk out of class to protest gun violence 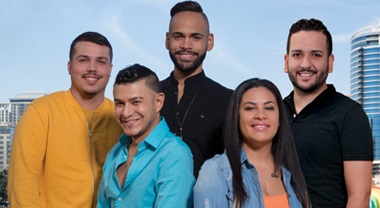 ORLANDO – A recent push for blood donations has raised some concerns in the gay community. On the days following June 12, people lined up around blocks to help save those who were not among the 49 killed onsite. Last week, OneBlood – Central Florida’s blood bank – began using images of five Pulse survivors in a campaign to draw in more blood. The problem? Gay men are effectively forbidden from donating blood by the Food and Drug Administration, despite the fact that all donations are carefully screened. That should not diminish the importance of blood resources, OneBlood says.

“The week of the Pulse tragedy OneBlood collected nearly 28,500 units of blood,” OneBlood vice president of marketing and communications Susan Forbes says in an email. “It is an unprecedented amount of blood to be collected in such a short amount of time. That said, ten days after the tragedy, 85 percent of what we collected had already been distributed to our hospital partners. As quickly as blood is donated it is tested, processed and distributed to hospitals. Usually within 2-3 days of a person donating their blood, it will be sent to a hospital. The turnaround is that quick, the need is constant.”

END_OF_DOCUMENT_TOKEN_TO_BE_REPLACED

Young, gay men are roiding out more than everyone else

CHICAGO (AP) Gay and bisexual teen boys use illicit steroids at a rate almost six times higher than do straight kids, a “dramatic disparity” that points up a need to reach out to this group, researchers say.

Reasons for the differences are unclear. The study authors said it’s possible gay and bi boys feel more pressure to achieve a bulked-up “ideal” male physique, or that they think muscle-building steroids will help them fend off bullies.

END_OF_DOCUMENT_TOKEN_TO_BE_REPLACED

Missing FSU student’s death appears to be an accident