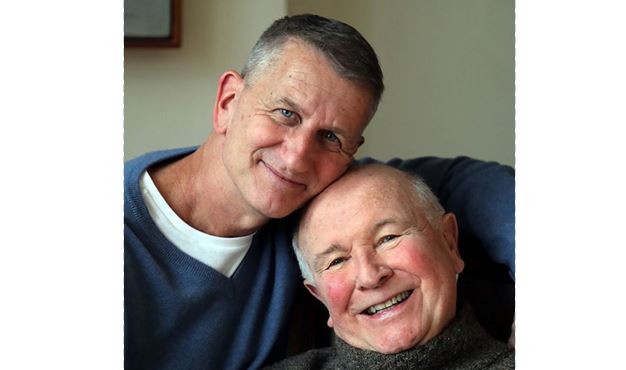 McNally’s death was confirmed by spokesperson Matt Polk. The St. Petersburg native, who was openly gay, is survived by his husband Tom Kirdahy.

The author was also a lung cancer survivor who lived with chronic pulmonary disease. He is credited with writing 36 plays and the books for 10 musicals, including the celebrated “Love! Valour! Compassion!” and “Master Class” as well as the musicals “Ragtime” and “Kiss of the Spider-Woman.”

“His plays and musicals explored how people connect — or fail to,” the Associated Press reported. “With wit and thoughtfulness, he tackled the strains in families, war, and relationships and probed the spark and costs of creativity.”

The AP called McNally’s “Lips Together, Teeth Apart” a “landmark play surrounding the AIDS crisis.” They also credited his play “The Ritz” as one of the first features to spotlight unapologetically gay characters for mainstream audiences.

Much of McNally’s work heavily explored LGBTQ themes throughout his celebrated career, for which he received the Tony Award for Lifetime Achievement in the Theater in 2019.

“Theater changes hearts, that secret place where we all truly live,” he shared at the 73rd annual ceremony June 9. “The world needs artists more than ever, to remind us what truth and beauty and kindness really are.”

McNally and his husband were scheduled to receive the 2020 Edie Windsor Lifetime Achievement Award at Equality Florida’s St. Pete Gala May 9. The celebration was postponed March 17 in an effort to reduce the spread of COVID-19.

“It is with heavy hearts that today we said goodbye to Terrence McNally,” the gala’s chairperson Jennie O’Leary shared March 24. “We were looking forward to honoring him and his husband Tom Kirdahy with the 2020 Edie Windsor Lifetime Achievement Award at our St. Pete gala this year.

“Terrence was a five-time Tony Award recipient whose plays often featured explorations of contemporary gay life and a reverence for classical music,” she continued, sharing a photo of McNally and Kirdahy. “Terrence held a special place in many of our hearts.”

“I am very saddened by the news that Playwright Terrence McNally died today after suffering complications from the COVID-19 virus,” Equality Florida Pinellas County Development Director Todd Richardson added. “He and his husband Tom Kirdahy were very excited to be honored this year.”

Lady Gaga postpones the release of her new album, “Chromatica”