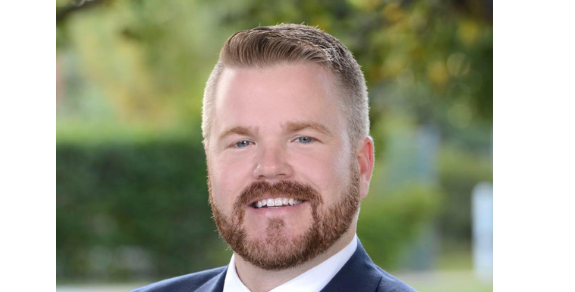 Wilton Manors Mayor Justin Flippen, who friends described as a big, burly guy with a bright smile and big heart, died of an undisclosed medical condition Feb. 25 en route to the City Commission meeting he was supposed to lead. Flippen was 41.

Flippen was transported to Broward Health Medical Center at approximately 7 p.m. on Feb. 25 due to a serious “medical issue,” according to Wilton Manors Police Chief Paul O’Connell. He was later pronounced dead at the hospital.

Flippen was the tourism project manager for the Greater Fort Lauderdale Convention & Visitors Bureau and the youngest member of the Commission.

“He was a good friend of mine, and God, this city is going to miss someone very dear and special,” said former City Commissioner Scott Newton, his voice cracking with emotion. “It’s a sad day for Wilton Manors. Justin was someone who just believed in Wilton Manors. I just can’t believe he is gone. I don’t understand how this happened.”

Flippen grew up in Wilton Manors, attended Coconut Creek High School in Coconut Creek and Florida Atlantic University in Boca Raton. Friends said he was a guy who truly loved the city he represented.

Vice Mayor Tom Green, who abruptly adjourned an in-progress City Commission meeting at about 8 p.m., said Flippen was on the phone chatting with someone who was at the commission meeting when the mayor had an apparent heart attack while driving.

The person he was conversing with called 911, Green said.

Details about what transpired were not immediately available. Green abruptly adjourned an in-progress City Commission meeting saying there was an emergency but that no one at City Hall was in any danger.

“We are deeply saddened to share that Mayor Justin Flippen passed away earlier this evening,” the city posted to its website later in the evening. “We ask that everyone respect Mayor Flippen’s memory, family members, friends and our entire community that is mourning by allowing the City to provide official information via our website (www.wiltonmanors.com), as well as the city’s official Facebook and Twitter pages. Details, on when and how our community may come together to honor the life and legacy of Mayor Flippen, will be shared as they become available,” said Leigh Ann Henderson, City Manager of Wilton Manors.

Flippen was reportedly found in his car in the 4200 block of Andrews Ave. Wilton Manors Police Chief Paul O’Connell said Flippen was driving his car en route to the meeting.

Green said Flippen was devoted to his role as mayor and loved talking to his constituents.

“He loves being mayor more than anyone I have ever met. Several people said, ‘I talked to him yesterday about something on the agenda.’ He was on the phone on his way to the meeting when this all happened,” Green said.

He added, “He is one of those real person-to-person people. Justin just loves to talk to everyone about just about everything.”

City activist Paul Kuta said O’Connell went up to the dais to speak with the city manager during the public comments segment of the meeting and the two went into a hallway to speak privately. Moments later, Green announced the Commission would take a 5-minute break, then adjourned the meeting.

“He worked very hard. He has a full-time job and was also a part-time mayor,” Kuta said. “He was conscientious generally about both.”

Added Don D’Arminio, chairman of the Planning and Zoning Board, said, “We are all saddened and shocked. It’s a tremendous loss for our city.”

Flippen had recently filed to run for re-election. He was elected mayor in 2018 on a platform of experience, fiscal responsibility, inclusive community values and protecting neighborhoods’ small town feel. He said he wanted to strengthen public safety, protect the city’s neighborhoods and find new ways to lower water rates. Flippen was first elected to the Commission in November 2008, and then picked to serve as Vice Mayor. He also served from 2008-2010 and 2014-2018 before being elected mayor in 2018.

“I am so overwhelmed and so thrilled and so happy,” Flippen said after his victory in 2018. “I think I have a track record of being very representative of the people of Wilton Manors and their values and concerns.”

Flippen, who earned his Juris Doctor from the University of Florida College of Law, was a member of the Wilton Manors Historical Society, Friends of the Library, the Gay and Lesbian Lawyers Network, the Stonewall National Museum & Archives, The Pride Center at Equality Park and numerous other homeowner associations.