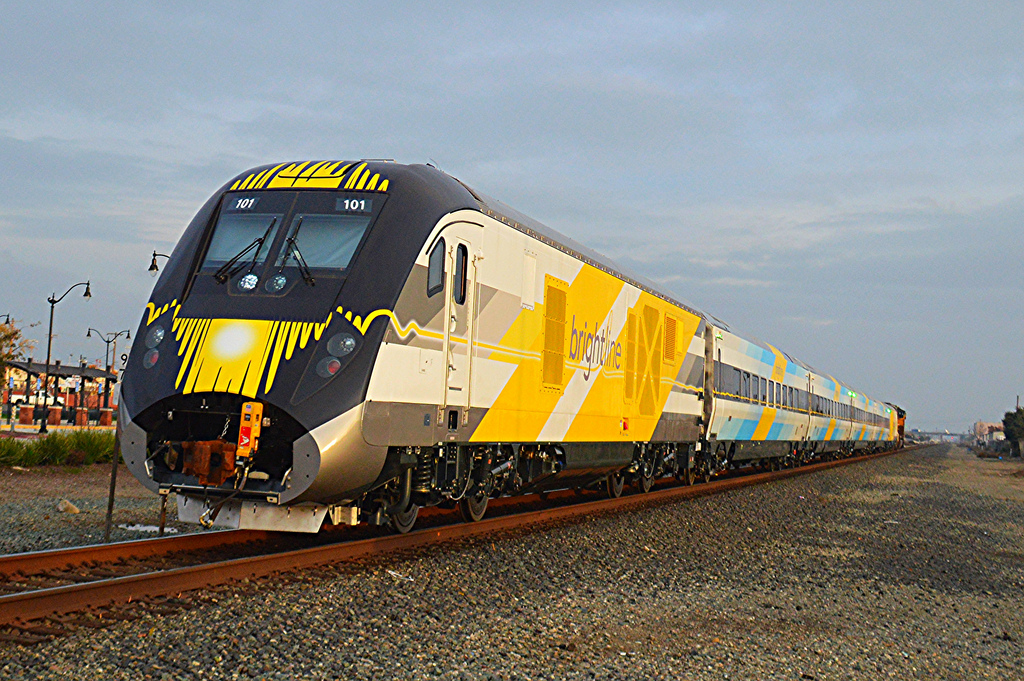 ABOVE: Brightline train. (From Wikimedia Commons)

FORT LAUDERDALE, Fla. (AP) | They may have been travelling a speedy 79 mph, but a Florida couple remained steady as they said their vows while onboard a high-speed passenger train.

Paul Ward and Jules Bandiera became the first couple to get married on the Brightline train. They tied the knot Saturday between the Fort Lauderdale and West Palm Beach stations. A minister married the gay couple who held a quick photo session and celebration at the West Palm station before hopping the train home.

Ward told the Sun Sentinel he was standing outside work one day pondering a yacht wedding when the train passed by and he “was stopped in my tracks.”

The long distance couple split their time between Florida and Brazil before Bandiera finally moved to Fort Lauderdale. They also have travel in common. Ward is a retired ship captain and pilot and Bandiera was a flight attendant.