Iceland LGBTI group criticizes Pence ahead of visit to country 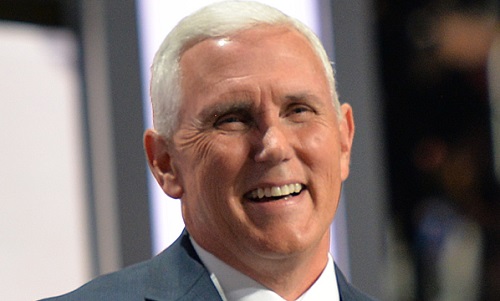 The president of an LGBTI advocacy group in Iceland has criticized her country’s government’s decision to host Vice President Pence next month.

Þorbjörg Þorvaldsdóttir, president of Samtökin ’78, the National Queer Organization of Iceland, in an op-ed that Vísir, an Icelandic newspaper, published on Aug. 11 wrote Pence is “against our marriages” and is “in favor of us being discriminated against.” Þorvaldsdóttir also noted Pence as governor of Indiana in 2015 signed a controversial religious freedom law that sparked widespread outrage among LGBTI activists and their supporters.

“He feels it is natural for people to deny us service for who we are,” wrote Þorvaldsdóttir.

Þorvaldsdóttir, among other things, notes Pence has “harshly criticized legislation designed to protect us from hate crimes.” Þorvaldsdóttir also highlights the Trump administration’s ban on openly transgender servicemembers in the U.S. military that took effect on April 12.

“Now, the government of Iceland intends to welcome Mike Pence, politely talk to him about business consulations and strengthen relations with the United States,” wrote Þorvaldsdóttir. “All such programs are pure and clever disregard for the community of queer people in Iceland.”

“We will not be silence on the fact that he is welcomed to this country,” added Þorvaldsdóttir. “Not a chance.” 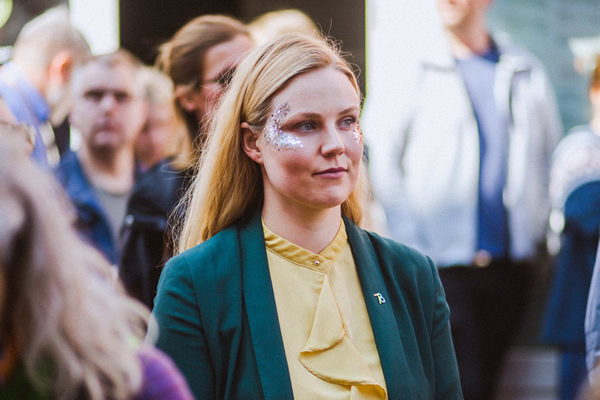 Pence is scheduled to visit Iceland on Sept. 4. A press release from his office says he “will highlight Iceland’s strategic importance in the Arctic, NATO’s efforts to counter Russian aggression in the region and opportunities to expand mutual trade and investment.”

“It is incredibly disrespectful to the LGBTQ+ community in Iceland to invite him here with open arms,” Þorvaldsdóttir told the Blade in an email.

Þorvaldsdóttir said the Trump administration is “highly unpopular in Iceland.” Þorvaldsdóttir nevertheless said many Icelanders “have been very aware of the setbacks in LGBTQ+ rights … under the current U.S. administration or Mike Pence’s problematic history on those matters.”

“I think many more people are aware now,” Þorvaldsdóttir told the Blade.

Þorvaldsdóttir added reaction to the group’s criticism in Iceland “has largely been positive.”

“Obviously, not everyone shares our profound dismay over the fact that our government is receiving Pence in the first place,” said Þorvaldsdóttir. “However, that disagreement doesn’t come from Mike Pence being especially popular. People simply feel that he should be welcomed like any other leader in the name of diplomacy, despite his harmful views and policies.”

“That said, I think most Icelanders share the sentiment that Mike Pence has views that go against our core values here in Iceland,” added Þorvaldsdóttir.

Pence’s scheduled trip to Iceland will take place against the backdrop of continued criticism of the Trump administration’s anti-LGBTI rights record in the U.S. and its overall foreign policy.

Activists in Denmark last August boycotted the U.S. Embassy’s annual Pride month celebration over Trump’s LGBTI rights record. Francisco Rodríguez Cruz, a gay Cuban blogger who writes under the pen name Paquito el de Cuba and works closely with Mariela Castro, the daughter of former Cuban President Raúl Castro who spearheads LGBTI-specific issues as director of the country’s National Center for Sexual Education, in 2017 refused to attend an event at the U.S. Embassy in Havana after the Trump administration expelled two of his country’s diplomats from the U.S.

Richard Grenell, the openly gay U.S. ambassador to Germany, on July 26 hosted a group of LGBTI activists from around the world as part of a Trump administration initiative that encourages countries to decriminalize consensual same-sex sexual relations. The International AIDS Society’s Conference on HIV Science that took place last month in Mexico City showcased numerous LGBTI-specific HIV/AIDS studies from around the world the President’s Emergency Plan for AIDS Relief (PEPFAR) and the U.S. Agency for International Development supported.

Þorvaldsdóttir told the Blade she would accept an invitation to meet with Pence under the condition “that I be allowed to wear the rainbow and speak freely about LGBTQ+ rights.” Þorvaldsdóttir then proceeded to once again criticize the Trump administration’s LGBTI rights record, specifically noting more than a dozen transgender of color have been reported killed in the U.S. this year and “the administration doesn’t seem to care or acknowledge that there is a problem.”

“Looking at it from the outside and as someone who has a fondness for the U.S. and friends in the States, seeing the consistent attacks on LGBTQ+ rights right now is chilling,” said Þorvaldsdóttir. “And somehow, the administration’s efforts to undermine and roll back progress that has been made in recent years appears to fall under the radar, likely due to the many bizarre things that come out of the White House every day.”

The Blade has reached out to Pence’s office for comment. 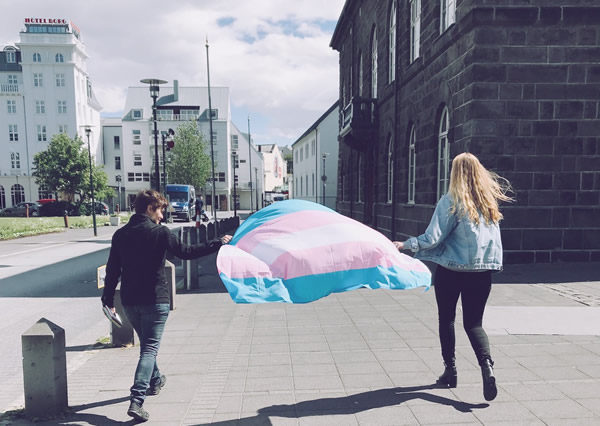