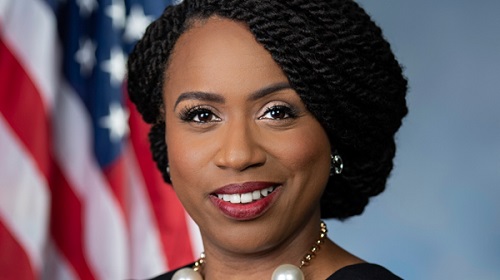 Rep. Ayanna Pressley (D-Mass.) is leading a quartet of House Democrats in seeking answers from the Department of Housing & Urban Development over a proposed rollback in transgender non-discrimination protections at homeless shelters.

In a June 3 letter to Secretary of Housing & Urban Development Ben Carson, Pressley and the lawmakers denounce the proposed rule from HUD, which critics say will enable federally funded homeless shelters to turn away transgender people.

“This proposed rule released by HUD robs thousands of Americans from adequate shelter and safety and puts their lives at risk,” the lawmakers write.

As noted in the letter, Carson had assured lawmakers he had no plans to change the regulations in the same week HUD proposed the rule change to undermine them.

“This announcement comes less than 24 hours after you testified before the House Financial Services Committee indicating that a revision to the Equal Access Rule was not being considered,” the lawmakers write. “In fact, you unequivocally stated for the record, ‘I’m not currently anticipating changing the rule.’ While we understand that you have since attempted to clarify your testimony in order to prevent members from ‘misinterpreting’ your statements, we remain concerned about the truthfulness and accuracy of your testimony before Congress while you were under oath.”

The HUD proposal would allow homeless shelters with sex-segregated facilities — such as bathrooms or shared sleeping quarters — to establish policy consistent with state and local laws in which operators consider a range of factors when determining where to place individuals looking to stay, including “religious beliefs.”

The letter seeks answers from HUD on issues related to the proposed rule by a deadline of June 17:

1. What was the timeline for developing and issuing the Notice of Proposed Rulemaking (NPRM)?

2. When did the agency formally file the NPRM?

3. Which stakeholders (if any) were consulted during the development of and leading up to the announcement of the aforementioned proposed rule?

4. Specifically, what role did you as secretary of the agency have in the development and approval of the proposed rule?

5. During your testimony before the committee, you claimed that 1-IUD has continued to enforce both the 2012 and 2016 Equal Access Rules.

a) How has the agency processed each of the complaints submitted to 1-IUD regarding anti-LGBTQ discrimination?

b) How many complaints of discrimination based on sexual orientation and/or gender identity have been submitted to and received by 1-IUD since 2017?

c) What were the outcomes of these complaints?

d)  How many of these complaints were investigated?

e)  Were any of these complaints dismissed for being outside of the agency’s jurisdiction? If so, how many?

The letter comes on the heels of legislation introduced by Wextonseeking to block HUD from implementing the anti-trans rule change. Last month, the U.S. House approved the Equality Act, comprehensive legislation against anti-LGBT discrimination that would also prohibit discrimination against transgender people in homeless shelters.

The Washington Blade has placed a request in with HUD seeking comment on the letter.

Madonna to perform at WorldPride

Joint Chiefs: No transgender policy changes based on Trump tweets