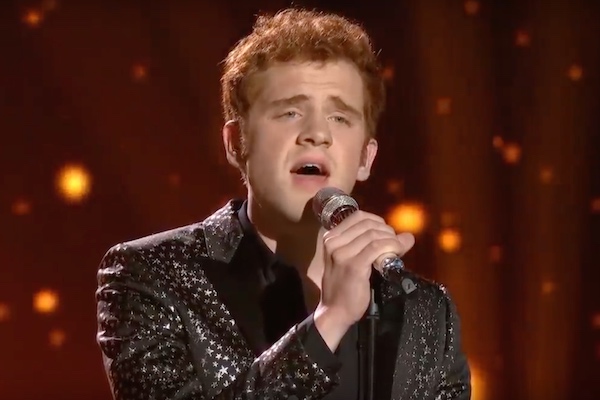 Jeremiah Lloyd Harmon was eliminated from “American Idol” on May 5 marking the end of his journey on the reality singing competition.

However, the judges could choose to use their one “save” of the season on Harmon or Booth. After debate, the judges decided to save Booth and she advanced to the top five.

The decision confused some fans who thought Harmon was the better singer. According to a poll by Golden Derby, 82 percent of polled viewers believed Harmon should have been saved.

Other fans took to social media to slam “American Idol” for making the wrong choice. Harmon appeared to address the elimination on Twitter writing, “Your value is never up for a vote. #Mantra.”

Harmon’s singing ability won him many fans but his background story was also memorable. Harmon is the son of a pastor, Rev. Jerry Harmon, and revealed his family had a hard time accepting him for being gay. In a heartwarming moment, Harmon’s parents sat in the audience to support Harmon last week.

Queerty reports that Rev. Jerry Harmon may have supported his son on television but in a sermon delivered in April he denounced LGBTQ equality.

“This is the sign of a society that God has turned over to itself. Now we live in a society today where we are forced to accept this as normal, and if we don’t we are bigots. If we don’t, we hate. We don’t hate anybody friend…We are trying to point you to the only way to salvation, friend,” Rev. Harmon told the congregation at Grace Bible Baptist Church.

Transgender activist from Zimbabwe receives asylum in US