Amazon series ‘Jack Ryan’ under fire for including transphobic slur 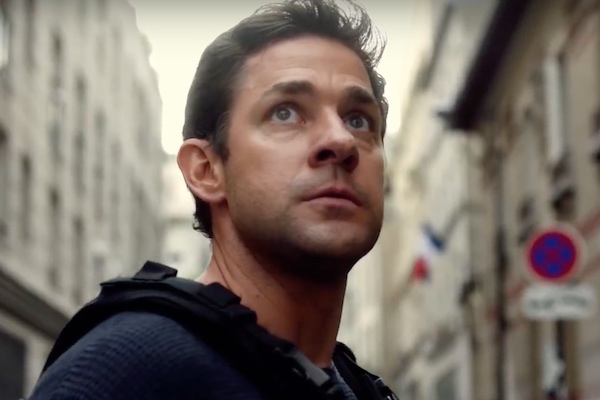 In one episode, a character jokingly asks another character how he got a black eye.

“Did you accidentally pick up another tr*nny on Fremont Street?” the character says.

The slur was slammed by Eliel Cruz, NYC Anti-Violence Project communications director, on Twitter. Cruz also made reference to the murders of trans women Dejanay L. Stanton and Vontashia Bell.

“This shit is repulsive @jackryanamazon. Trans women die from pick up violence. This isn’t funny. This is real life,” Cruz tweeted.

This shit is repulsive @jackryanamazon. Trans women die from pick up violence. This isn’t funny. This is real life. pic.twitter.com/S6782JwrSb

Other people soon followed suit and called out the show on Twitter.

I’m a trans man & I was so excited for this show. This part came on & I wanted to cry I can’t watch it anymore cause of this line. Trans people are attacked everyday for just existing & the use of this slur advocates for that kind of treatment especially towards trans women

The "joke" is that he wasn't able to beat up a transwoman. Not only does this normalize violence against trans people, it reinforces the toxic notion that transwoman merely existing represent an existential threat to the fragile masculine identity of cis men.

It's funny because he became violent when realising he was with a trans women, forcing her to try and defend herself. Hopefully he didn't murder her. What a funny joke this is.

Some viewers specifically addressed John Kransinki who stars as the title character and serves as executive producer on the series.

Hey @johnkrasinski wanna comment on this since you're the face of this show that uses transphobic language and implies violence against a trans person?

I'd also like to know, @johnkrasinski. You're an EP on the show too, so it's not like you can claim to just be the talent.

Both Amazon and Krasinski have not commented on the controversy.

Yara Shahidi, Ellen Pompeo to be honored by GLSEN group