‘I Care March’ on Washington planned for Sept. 15 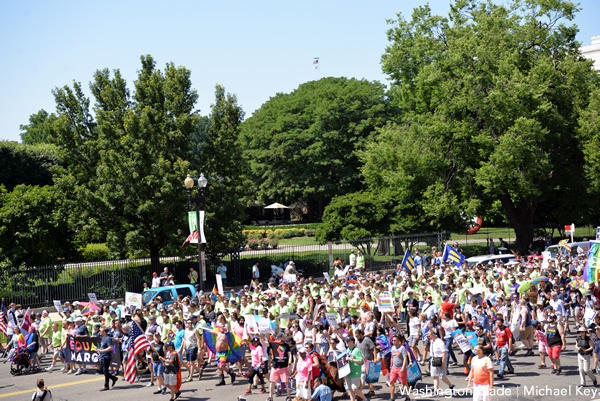 A Facebook page and website surfaced last month to organize and promote an “I Care March” on Washington scheduled for Sept. 15 that organizers say is aimed at challenging the Trump administration by showcasing a wide range of progressive causes.

Organizers say LGBT rights will be an important part of the message projected by the event, which, among other things, will include a rally on the West Lawn of the U.S. Capitol.

“In Trump’s America, each day there is something to be upset about, to be against,” a statement on the march’s Facebook page says. “We are creating a day to show America, Trump and the world not what we are against, but what we are FOR,” the statement says.

Kathie Legg, a D.C.-based political and social media consultant who launched the Facebook page calling for the I Care March, said organizers are hoping to line up some big name speakers, including elected officials known for their strong advocacy for progressive causes. She said one or more representatives of prominent LGBT rights organizations will be invited to speak.

Organizers have applied for a permit for use of the National Mall and the Capitol grounds, but the current thinking is for the event to be limited to a rally at the Capitol rather than an actual march from one location to another.

Among those who have been contacted for suggestions and support is New York City gay activist David Bruinooge, who launched a Facebook page that put in motion the initiative that led to the June 11, 2017 LGBT Equality March for Unity and Pride.

“If you care, the most important thing you can do is commit to marching and tell your friends about it,” the I Care March says on its website, icaremarch.com.