Scarlett Johansson pulls out of ‘Rub & Tug’ amid casting controversy 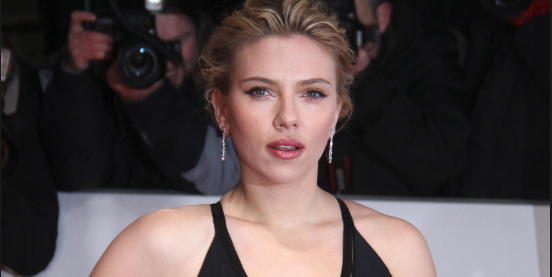 Scarlett Johansson has dropped out of the film “Rub & Tug” following backlash for accepting a transgender role as a cis-gender woman.

Johansson had been cast as Dante “Tex” Gill, a transgender man who operated a string of massage parlors that were fronts for brothels in Pittsburgh.

There was immediate criticism for the decision with transgender actresses such as Trace Lysette and Jamie Clayton slamming Hollywood for the double standard of trans characters being given to cis-gender actors and not vice versa.

In response, Johansson issued a statement to Bustle saying, “Tell them that they can be directed to Jeffrey Tambor, Jared Leto, and Felicity Huffman’s reps for comment.”

Now, in a statement to Out, Johansson has announced she is dropping out of the film.

“In light of recent ethical questions raised surrounding my casting as Dante Tex Gill, I have decided to respectfully withdraw my participation in the project,” Johansson said. “Our cultural understanding of transgender people continues to advance, and I’ve learned a lot from the community since making my first statement about my casting and realize it was insensitive. I have great admiration and love for the trans community and am grateful that the conversation regarding inclusivity in Hollywood continues.”

“Rub & Tug” would have been another collaboration between Johansson and the film’s director Rupert Sanders. The pair previously worked together on the Japanese film adaptation of “Ghost in the Shell” where Johansson also received criticism for whitewashing her role.

Watch: Harry Styles helps Maryland fan come out to her mom on stage

Scarlett Johansson blasted for being cast as transgender man