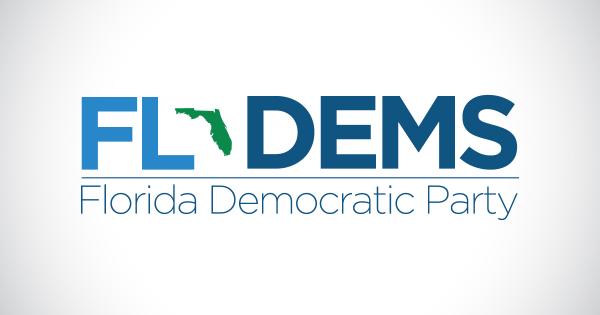 HOLLYWOOD, Fla. (AP) – Florida’s five Democratic candidates made their pitches to party activists at their annual convention June 30, hoping to swing support and drum up donations in advance of the August primary.

The five have mostly similar messages calling for improving the public school system, increasing the minimum wage, revamping the health care system and strengthening the state’s gun laws. The primary winner will try to break a five-election losing streak for the Democrats dating to 1998. The incumbent Republican, Rick Scott, cannot seek a third consecutive term.

Gillum and Levine had the loudest supporters, packing their appearances. Levine’s chanted as they led him 40 minutes late into a reception that was pitched as a chance for activists to meet all five candidates in one place. Only he and Greene appeared among the gubernatorial candidates, though. The other campaigns said they had been told the reception was for candidates for lower office.

Levine said that as mayor of Miami Beach, he led the city’s efforts against sea level rise, increased the minimum wage and supported gay rights. He pledged to do the same as governor.

Greene, who just joined the race, is focusing his campaign on his opposition to President Donald Trump, even though Greene is a member of the president’s Mar-a-Lago club. His campaign has made use of a video that he says shows Trump yelling at him at the club last year for supporting Hillary Clinton in 2016 and saying Trump has been guilty of sexual assault. Trump has repeatedly denied allegations of sexual misconduct.

At his campaign’s Friday night reception, people could get a picture taken as they faked punching a man dressed as the president.

“A lot of people are happy that they have someone who has stood up to Donald Trump and will stand up to him for many years to come,” he said.

Gillum, who promotes his status as the only non-millionaire in the race, got a boost Friday when he received the endorsement of NextGen America and a million-dollar donation from its founder, California billionaire progressive Tom Steyer. He said that will give him access to 100 of NextGen’s canvassers and will reassure Democrats who doubted his campaign’s financial viability.

“It has provided new and exhilarating life to people as it relates to our campaign,” Gillum said. “It is a big, big boost to my race.”

Graham told the party’s Labor Caucus she will veto any bills that the Legislature passes that weakens unions. Last spring it passed a bill that attacked the teachers unions.

“We have to fight to make sure labor is supported,” she said. In any case, she said, the Democrats need to come together after the primary to make sure they win in November.

King said the activists were impressed by his calls for free community colleges and trade schools, criminal justice reform and taking on the sugar industry, which some environmentalists say is responsible for polluting some of the state’s water supply.

He conceded he needs to increase his name recognition.

“My challenge as a newcomer is to make sure people know who we are,” King said.

The winner will face either Agriculture Commissioner Adam Putnam or U.S. Rep. Ron DeSantis, the Republican candidates, in November.

Florida Gov. may serve as a model, and warning, for Trump