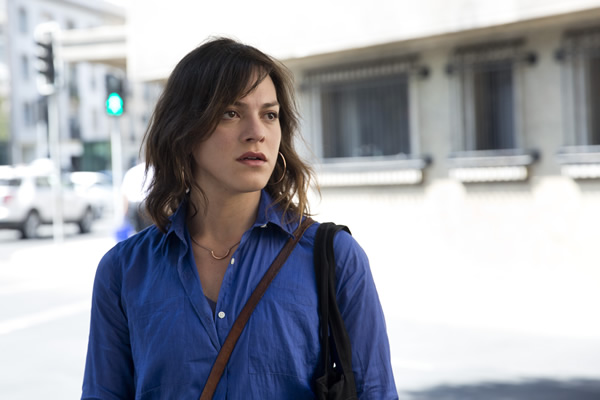 ABOVE: Daniela Vega on May 12, 2018, participated in a march in Havana that commemorated the International Day Against Homophobia and Transphobia. Photo courtesy Sony Pictures Classics.

HAVANA — The transgender actress who starred in “A Fantastic Woman” on Saturday participated in a march that commemorated the International Day Against Homophobia, Transphobia and Biphobia in Havana.

Daniela Vega was sitting next to Mariela Castro, the daughter of former Cuban President Raúl Castro who directs the country’s National Center for Sexual Education (CENESEX), in a 1950s era convertible as the march slowly made its way down one Linea, which is one of the main streets in Havana’s Vedado neighborhood.

Violeta Cardoso Pérez, her partner and the three young children they are raising were among those who attended the march.

A three-judge panel in Havana granted Cardoso custody of her late daughter’s children. Acepto, a group that advocates for marriage rights for same-sex couples, previously told the Washington Blade the ruling is likely the first time the Cuban government has legally recognized a same-sex couple.

Saturday’s march took place eight days after Mariela Castro, who is a member of the National Assembly, told reporters during a Havana press conference that CENESEX plans to submit proposals that would extend marriage and other rights for LGBTI Cubans.

Gay men were among the more than 25,000 people who were sent to work camps known by the Spanish acronym UMAPs in the years after the 1959 revolution that brought Mariela Castro’s uncle, Fidel Castro, to power.

The Cuban government until 1993 forcibly quarantined people with HIV/AIDS in state-run sanitaria. Fidel Castro in 2010 apologized for the UMAPs during an interview with a Mexican newspaper.

Independent LGBTI rights advocates with whom the Blade has previously spoken have said they continue to face harassment, arbitrary arrests and restrictions on their travel outside of the country if they publicly criticize the Cuban government or Mariela Castro. Victor Manuel Dueñas, an activist from the town of Santo Domingo in Villa Clara Province, and his cousin, Onasis Torres, in January asked the Dutch government to grant them asylum on grounds they faced persecution in Cuba because of their sexual orientation.

ABOVE: A man wears a rainbow flag around his body before a march commemorating the International Day Against Homophobia, Transphobia and Biphobia began in Havana on May 12, 2018. Washington Blade photo by Michael K. Lavers.

Mariela Castro to push for marriage, LGBTQ rights in Cuba