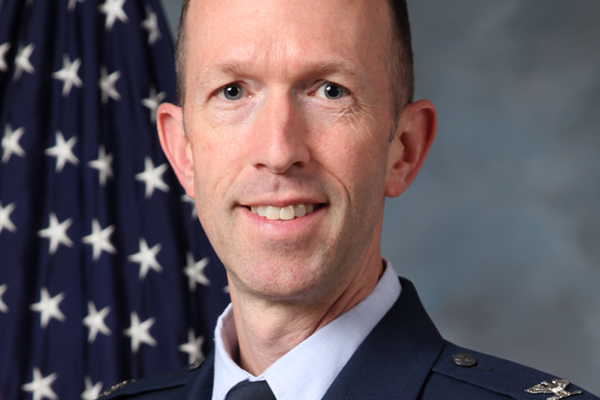 In a move LGBTQ rights supporters say amounts to allowing discrimination in the U.S. military, the U.S. Air Force has lifted the penalty on an officer who refused to recognize the marriage of a gay subordinate in retirement materials.

Col. Leland Bohannon, commander of the Air Force Inspection Agency at Kirtland Air Force Base in New Mexico, was removed from command and consideration for promotion after he refused to sign a certificate of spousal appreciation as part of the retirement package for a master sergeant in a same-sex marriage. (The name of the master sergeant isn’t named in any legal documents for the case.)

But the Air Force announced this week it reversed its decision on appeal. In a letter dated April 2 to Rep. Vicky Hartzler (R-Mo.) that she posted on her website, Air Force Secretary Heather Wilson informed the anti-LGBTQ lawmaker the service determined Bohannon “had the right to exercise his sincerely held religious beliefs and did not unlawfully discriminate when he declined to sign the certificate of appreciation for the same-sex spouse of an airman in his command.”

“The Air Force has a duty to treat people fairly and without discrimination on the basis of race, color, sex, national origin, or sexual orientation and met that duty by having a more senior officer sign the certificate,” Wilson concluded.

According to the letter, the director of the Air Force Review Boards Agency was responsible for the determination Bohannon should be granted a religious exemption over his opposition to same-sex marriage, despite the earlier conclusions of the service.

The Air Force confirmed to the Washington Blade the accuracy of the news Bohannon’s penalty had been lifted upon appeal.

According to the legal group First Liberty, which is representing Bohannon, the certificate of spousal appreciation is “an optional, unofficial certificate, similar to a bouquet of flowers” and is one component of the standard awards, gifts, and honors presented to retiring service members. Although Bohannon signed other documents related to his subordinate’s retirement, he felt his religious views precluded him from signing the certificate of spouse appreciation because it would amount to endorsing same-sex marriage.

After seeking guidance from his chaplain and his military attorney, Bohannon requested a religious accommodation to opt out of signing the document. A two-star general who was Bohannon’s superior volunteered to sign in Bohannon’s place, and Bohannon accepted the deal.

But when the master sergeant learned Bohannon did not personally sign the certificate, the retiring airman filed an Equal Opportunity complaint, contending Bohannon engaged in discrimination on the basis of sexual orientation. The U.S. military’s Equal Opportunity policy bars discrimination on the basis of the sexual orientation as a result of a change made by former Defense Secretary Ashton Carter during the Obama years.

An initial investigation determined the allegations of anti-gay discrimination were substantiated. According to First Liberty, the Air Force investigation found even if Bohannon obtained a religious exemption, it wouldn’t change the outcome or Bohannon’s “guilt.”

The Air Force reversed its conclusions this week after First Liberty began representing Bohannon upon appeal and others who sympathized with him called on the service to make a religious accommodation.

Tony Perkins, president of the Family Research Council, praised the reversal at the Air Force and credited President Trump with creating a climate that led to the change.

“As most service members understand all too well, religious hostility in the military didn’t disappear when Barack Obama did,” Perkins said. “President Trump has had to walk a long and determined road to weed out the bureaucrats still loyal to the intolerance of the last administration. And thankfully, he has leaders like Air Force Secretary Heather Wilson to help him do it.”

“The certificate that Col. Bohannan refused to sign was not for a military member, it was not a legal document, nor was it required by law or Air Force policy,” Hartzler writes. “It effectively had zero impact to the military member and therefore no impact on military readiness, unit cohesion, good order, discipline or health and safety. If Col. Bohannan’s request did not constitute grounds for a religious accommodation, I am perplexed at what circumstances would allow for such accommodation.”

But LGBTQ rights advocates had a different take and said the restoration of Bohannan’s command gives a green light to discrimination in the U.S. military.

“At the end of the day, every service member and their spouse deserves to be treated equally with dignity and respect, especially by a commanding officer,” Broadway-Mack said. “Personal religious beliefs should never be used as an excuse to discriminate against a subordinate. This colonel’s action sent a dangerous message to the entire command that he disapproves of every same-sex spouse that supports their service member throughout their military career. That’s a severe failure of leadership.”

Andy Blevins, director of law and policy for the LGBTQ military group OutServe-SLDN, said the retiring master sergeant’s chain of command was “blinded by ignorance and refusing to acknowledge the sacrifices his spouse made on behalf of this country.”

“The purported argument that a leader is being discriminated against because we refuse to let them discriminate is both trite and detestable,” Blevins added. “It has been continually affirmed that the right to religious freedom within our military ranks stops when it begins to diminish unit cohesion and moral — in this instance that attenuation is very clear. We can only hope that moving forward these same leaders can learn to divorce their ignorance and prejudice from their leadership, enabling them to truly support and appreciate all under their command.”