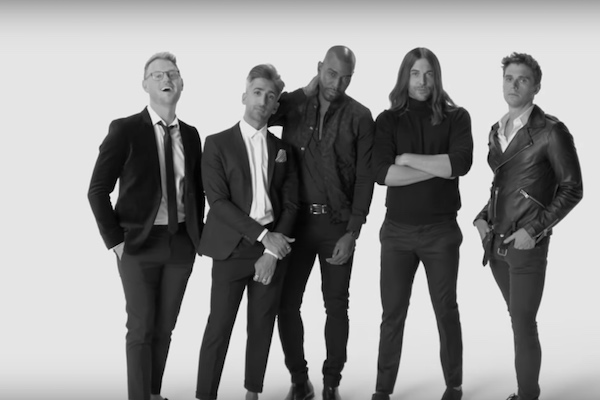 “Our new Fab Five will forge relationships with men and women from a wide array of backgrounds and beliefs often contrary to their own, touching on everything from LGBTQ rights and social commentary to how to make the best farm-to-table guacamole and more,” Netflix describes the show.

The original “Queer Eye for the Straight Guy” aired on Bravo from 2003-2007. Now, the reboot hopes to “fight for acceptance” instead of tolerance.

“Are you the husband or the wife?” one man asks Berk when he shares that he’s married.

“Gay or straight, a common thread that holds every human together is that we just want to be loved,” Berk says in the trailer.

RuPaul chats with Oprah about the spiritual side of drag