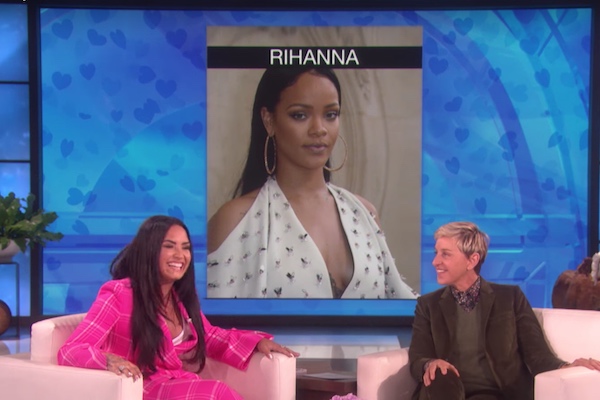 Demi Lovato revealed her crushes in the entertainment industry during “Who’d You Rather?” on “The Ellen DeGeneres Show” on Monday. While she had a couple top picks, Rihanna was Lovato’s clear favorite.

However, Stewart was also a contender for Lovato who chose the actress over Niall Horan, Michael B. Jordan and Nick Jonas.

In her 2016 documentary “Simply Complicated,” Lovato shared that she is interested in both men and women.