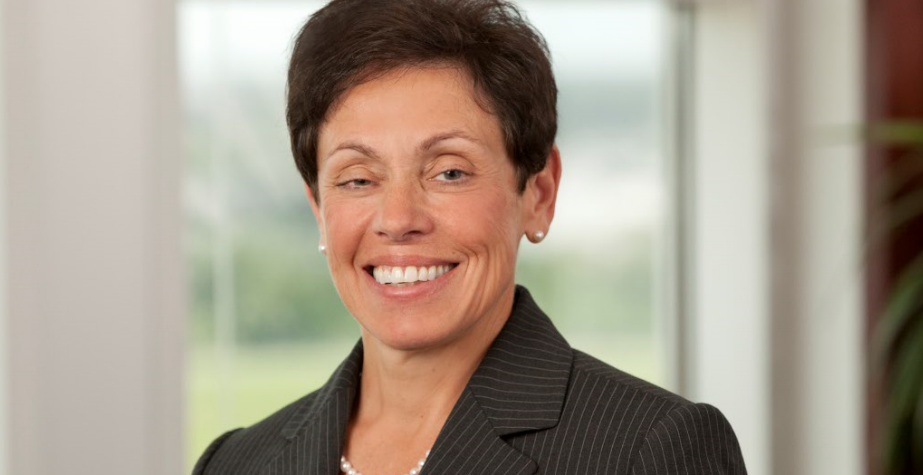 ST. PETERSBURG | LGBTQ-inclusive and celebrated law firm Carlton Fields has announced that its Chief Operating Officer, Anastasia “Annie” Hiotis, has been elected to serve a three-year term on the board of Equality Florida.

“We are thrilled about the addition of Annie to our board of directors,” says Equality Florida CEO Nadine Smith. “Annie has been a long-time advocate in the St. Petersburg community and she and her colleagues at Carlton Fields have provided countless hours of support for our work to advance LGBTQ equality. Annie’s experience and energy on Equality Florida’s board will help us continue to achieve our mission.”

Equality Florida is the largest civil rights organization dedicated to securing full equality for Florida’s lesbian, gay, bisexual, and transgender community. Hiotis told Watermark that it’s an extreme honor to serve on the board.

“I have been extensively involved for many years working with the Equality Florida team fundraising in the Tampa Bay area,” Hiotis says, having first begun her work with the organization in 2009. “But am excited now to sit on the Board and see first-hand how the organization works.”

Hiotis has served as Carlton Fields’ Chief Operating Officer since 2001, overseeing the law firm’s operations for its over 600 lawyers and professional staff. She’s been with the firm since 1992, and openly gay at Carlton Fields since 2008, where she’s been an advocate for their self-described diversity initiatives, which are “recognized at the national level.”

“Carlton Fields consistently ranks as a top law firm in the country for Diversity by Vault, and the firm has received the distinction of ‘Best Place to Work for LGBT Equality’ for eight consecutive years by the Human Rights Campaign Foundation’s Corporate Equality Index,” the firm’s press release reads. “Additionally, the firm’s efforts to promote LGBT equality in the workplace are evidenced by its offering of domestic partner benefits to attorneys and staff since 1999; establishing the firm’s LGBT Alliance; and representing LGBT individuals and families pro bono in significant same-sex marriage and adoption cases for all LGBT Floridians.”

In her new role on the Equality Florida board, Hiotis will provide overall strategic and policy formulation, as well as direction and guidance. She’ll also assist in the establishment of a fiscal budget, its approval and raising funds.

“I always knew Equality Florida was well run, but I am blown away by the talent, commitment and knowledge of the entire Equality Florida staff,” admits Hiotis. “Nadine Smith and Stratton Pollitzer are incredible leaders, and the staff throughout the state are nothing short of top-notch. It is very clear to me why other equality organizations around the country look to Equality Florida as ‘best in class.’”

Hiotis cited the success Equality Florida has had in combatting anti-LGBTQ legislation in Tallahassee, as well as their active participation with “passing local policies and ordinances that secure inclusive protections in employment, housing, education and public accommodations” for the community.

“They actively educate and advocate transgender equality, their ‘Safe & Healthy Schools’ project helps provide safe and supportive school environments for LGBTQ young people, and oh yes,” continues Hiotis, “did I mention they won marriage equality for our state in 2015!”

Hiotis is well-known for her own engagement and community support. She served as a Grand Marshall for St. Pete Pride in 2016, was recognized by the Tampa Bay Business Journal as an ‘Outstanding Voice’ in their Business of Pride edition of the same year, and was presented the ‘Voice of Equality Award’ during Equality Florida’s 2014 St. Petersburg Gala.

She and her partner of 25 years, Connie Lancaster, have long-supported the Tampa International Gay and Lesbian Film Festival, sponsoring its annual launch party since 2011, and were “significant benefactors” to the St. Petersburg LGBT Welcome Center.

“As a Board member, I look forward to assisting Equality Florida with planning, policy setting, budgeting, [and] fundraising,” says Hiotis. “And of course, acting as an Ambassador for the organization, helping to further its reach among the LGBTQ community of our fine state.”

Calling all authors: Gulfport gears up for weekend of lesbian literature