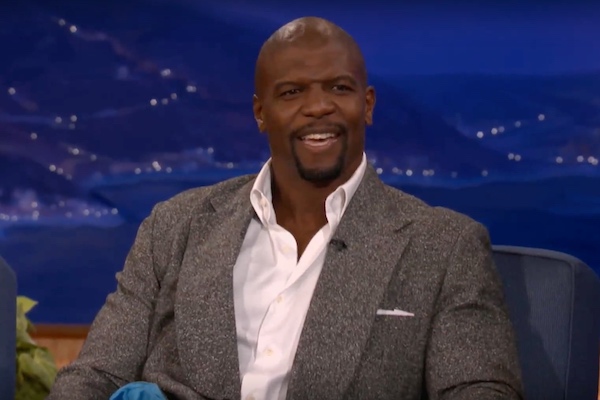 Terry Crews gave support to the victims of Harvey Weinstein’s alleged sexual assault by detailing his own experience with sexual assault in Hollywood.

In a series of tweets on Tuesday, the “Brooklyn Nine-Nine” actor and former Washington Redskins player recalled a Hollywood executive groping him at a party.

“This whole thing with Harvey Weinstein is giving me PTSD. Why? Because this kind of thing happened to ME…,” Crews tweets. “My wife n I were at a Hollywood function last year n a high level Hollywood executive came over 2 me and groped my privates.”

“Jumping back I said What are you doing?! My wife saw everything n we looked at him like he was crazy. He just grinned like a jerk,” Crews continued.

He went on that he was afraid of how the story would look in the media and chose to remain silent.

“240 lbs. Black Man stomps out Hollywood Honcho’ would be the headline the next day,” Crews tweets.

Crews says that he understands why victims of sexual assault don’t always come forward with their stories.

“I let it go. And I understand why many women who this happens to let it go. Who’s going 2 believe you? ( few) What r the repercussions?(many) Do u want 2 work again? (Yes) R you prepared 2b ostracized?(No),” Crews tweets.

Actor Rob Schneider also shared with TMZ that he was also a victim of sexual harassment in Hollywood.

“When I was a young actor, there was a gross director, and it happened to me. I was in a hotel room, I didn’t think it was going to be a weird situation. It was a famous director, it was before I was really famous,” Schneider says. “The next thing I know, I’m in a room with this guy, he’s in a chair, he comes out in a bathrobe and he sits in this chair. He asks me to crawl on the ground and to crawl towards him. This guy, he’s very famous, he’s passed away now. He was a pig. I got the hell out of there