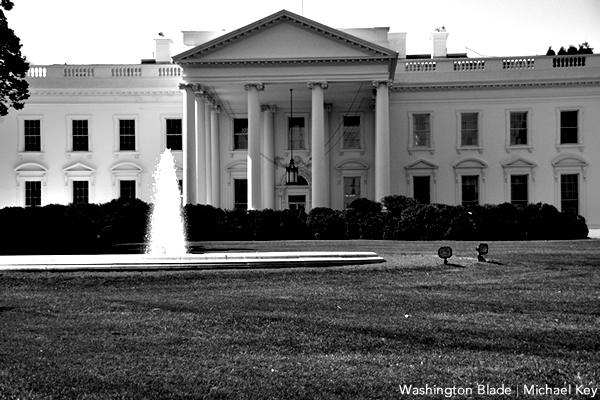 The Trump administration has come out against an amendment proposed by Sen. Kirsten Gillibrand (D-N.Y.) that would undermine President Trump ban on transgender people in the U.S. armed forces.

A White House National Security Council spokesperson told the Washington Blade the administration opposes the amendment, which may be considered on the U.S. Senate floor this week as part of the fiscal year 2018 defense authorization bill.

“The administration opposes the Sen. Gillibrand amendment,” the NSC spokesperson said. “The president signed an EO tasking DOD with implementation.”

The White House referred the Blade for more details to the Pentagon, which reiterated in response to the amendment the process Defense Secretary James Mattis set up to examine Trump’s proposed transgender military ban.

“As directed, DoD will develop an implementation plan, which will contain the steps that will promote military readiness, lethality, and unit cohesion, with due regard for budgetary constraints and consistent with applicable law,” Pentagon spokesperson Lt. Col. Paul Haverstick said.

The Gillibrand amendment, which is co-sponsored by Sen. Susan Collins (R-Maine), would mitigate the directive Trump sent to the Pentagon to ban transgender military service and has three parts.

It expresses the sense of Congress that qualified individuals should be able to serve in the armed forces; prohibits the military from discharging service members solely for being transgender, and codified the review Mattis established in June to determine whether openly transgender people can enlist in the armed forces. The amendment calls for a report to Congress on that study by Feb. 21.

It’s not even clear at the time of this posting whether the Gillibrand amendment will be allowed to come to a vote. On Tuesday, Senate Minority Leader Chuck Schumer told reporters at his weekly press gaggle Senate leadership is still working on an agreement for which amendments will come up.

Senate Armed Services Committee Chair John McCain (R-Ariz.), who holds significant sway over consideration of the defense authorization bill, told the Huffington Post on Tuesday no decision was made on the Gillibrand amendment.

“We’re working on it,” McCain is quoted as saying. “We’ve been talking for days.”

The Trump administration’s position is consistent with an email blast from the anti-LGBT Family Research Council urging supporters to contact their senators to oppose the amendment.

“Those suffering from gender dysphoria have a psychological and medical condition,” Christensen writes.

“Allowing people who identify as transgender to serve in the military, much-less be recruited for the military, will have a negative impact on readiness, recruitment and retention.”

Seattle mayor to resign amid another molestation allegation