Nico Tortorella gets candid about polyamorous relationship with lesbian partner

By : Mariah Cooper of the Washington Blade, courtesy of The National Gay Media Association
Comments: 0 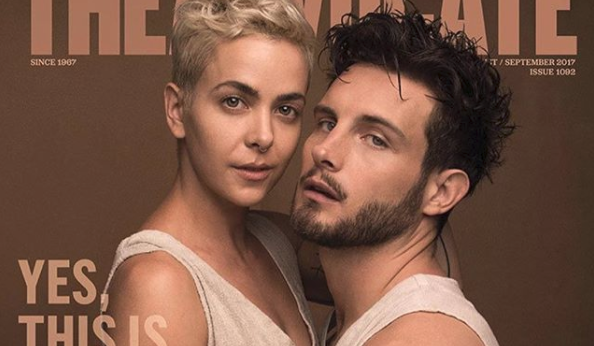 “Younger” star Nico Tortorella opened up about his polyamorous relationship with his partner Bethany Meyers in an interview with The Advocate.

Tortorella, who identifies as pansexual, and Meyers have been together for 11 years.

Meyers, a fitness and lifestyle entrepreneur, says that she identifies as a lesbian and that Tortorella is the only man she can have a relationship with.

While they have an open relationship, Meyers says she is open to casual sex while Tortorella prefers to have a deeper connection before a physical relationship. But both believe that love doesn’t have to be just between two people.

“So many people have this idea that if you can love this, you cannot love this. And I don’t understand, because I do,” Meyers says. “I can have feelings for two people. There are different kinds of feelings, they fulfill different needs. I don’t find it very realistic to think that I’m going to get everything I need out of Nico.”

However, Tortorella admits the couple is still navigating the world of polyamory.

“We’re still figuring out the best way we can bring other people into our relationship. I think we’re in the best place now [that] we’ve ever been, but we’re definitely still on an amateur level,” Tortorella says. “[Past partners] didn’t fully realize and understand who we are and what we mean to each other,” says Nico. “Like, ‘OK, you have Bethany, [but] where do I fit into the puzzle?’ ‘Am I ever going to be as important as Bethany is?’ And what’s the answer to that? How do I best answer that question?”

As for Tortorella’s pansexual identity, he says he doesn’t feel the need to be included in the LGBT acronym.

Mariah Cooper of the Washington Blade, courtesy of The National Gay Media Association