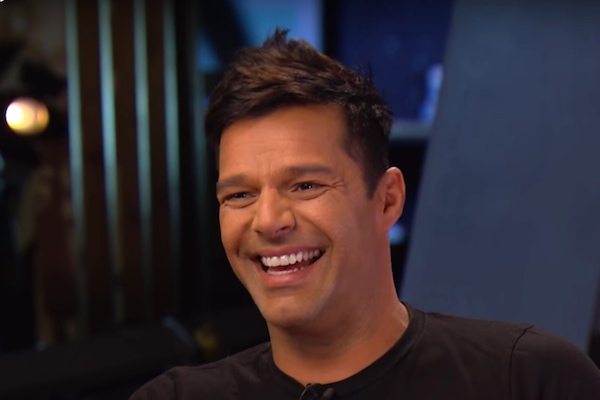 Ricky Martin got candid about filming his first gay sex scene for his role on “American Crime Story: Versace.”

Martin, who plays Gianni Versace’s lover Antonio D’Amico, told Entertainment Weekly that he wasn’t nervous about getting naked in front of a crew of strangers.

“I thought I was going to be more uncomfortable,” Martin says. “The exhibitionism kicked in for a moment and all of a sudden I was naked in bed in front of 20 people from the crew and another actor I met that same day. I was not nervous at all. On the contrary, I was ready to do what needed to be done.”

The 45-year-old singer also opened up about how the themes of homophobia and staying in the closest from the show mirrored his own life story.

“It is special because I am speaking on behalf of a lot of people that can’t be heard,” Martin says. “There was a scene where Gianni is weak and almost falling on the beach and I touch him and he goes, ‘Don’t touch me! Paparazzi!’ You don’t understand. That took me back to eight years ago when I was in the closet and it just moved me.”

Martin is now engaged to Jwan Yosef and he told E! News that the couple is planning for a large wedding in Puerto Rico.

“It’s going to be a big event. I want something massive,” Martin told E! News. “I for sure want to get married in Puerto Rico. That is something that has to happen.”