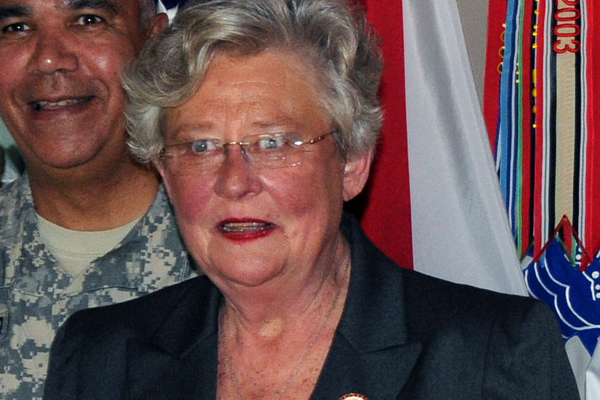 Governors in Alabama and Tennessee have signed into law a pair of measures that could allow discrimination against LGBT families seeking to adopt a child or jeopardize their ability to obtain state benefits.

In Alabama, Gov. Kay Ivey signed into law on Wednesday House Bill 24, which is titled the “Child Placing Agency Inclusion Act,” but instead of encouraging child placement it would permit agencies to deny placement of children into LGBT households.

The new law allows child placement agencies, which often are religious-affiliated groups, such as Catholic adoption agencies, to deny placement in LGBT-headed homes.

According to AL.com, Ivey said she signed HB24 into law to ensure faith-adoption agencies can continue to work in the state.

“I ultimately signed House Bill 24 because it ensures hundreds of children can continue to find ‘forever homes’ through religiously affiliated adoption agencies,” Ivey reportedly said. “This bill is not about discrimination, but instead protects the ability of religious agencies to place vulnerable children in a permanent home.”

The bill was approved by the Senate on Wednesday by a 23-9 vote and by the House in March by a 60-14 vote. After Senate passage of HB24, the House gave final approval of the measure by a vote of 87-0, with six abstentions, to concur with a change made by the upper chamber of the legislature.

Kasey Suffredini, chief programs officer for Freedom for All Americans, was among those who criticized Ivey for signing the bill in a statement.

“The first priority of lawmakers should be the safety and wellbeing of children, especially those who are in need of safe and loving homes,” Suffredini said. “It is shameful that Gov. Ivey and lawmakers in Alabama would jeopardize those chances in order to advance discrimination against LGBT people.”

Also criticizing Ivey was Alex Smith, board chair of Equality Alabama, who said in a statement the governor was breaking her promise to usher in a new style of government after succeeding former Gov. Robert Bentley following his resignation amid scandal.

“When she was sworn in as governor, Kay Ivey promised her administration would be a breath of a fresh air from the scandals of the Bentley era, and we hoped she wouldn’t start her administration by approving shameful discriminatory legislation that ultimately does the most harm to children looking for loving homes,” Smith said. “Unfortunately, Gov. Ivey put special interests ahead of the welfare of Alabama children.”

In Tennessee, Gov. Bill Haslam signed into law on Friday House Bill 1111, which requires undefined words in Tennessee state law, such as gender pronouns, be enforced under their “natural” meaning. That could set up the state for conflict with the U.S. Supreme Court decision in favor of same-sex marriage nationwide if Tennessee implements a new law to deny benefits to same-sex couples.

In a statement defending his decision to sign the law, Haslam was consistent with principles on which the judiciary rely, denying the measure would conflict with the Obergefell decision.

“The language of this bill is for a general definitions section of the Tennessee code, which defines ‘road’ and ‘sheriff,’ among other common terms,” Haslam said. “For at least 150 years, courts including the Tennessee Supreme Court and United States Supreme Court have looked to a word’s natural and ordinary meaning when deciding cases. In reviewing this bill, I do not believe the legislation accomplishes anything that isn’t already relied upon by the courts, even after the U.S. Supreme Court’s Obergefell decision in 2015.”

The legislation, sponsored by Sen. John Stevens (R-Huntingdon) and Rep. Andrew Farmer (R-Sevierville), was passed in the House by a vote of 70-23 and the Senate by a vote of 23-6.

Sarah Warbelow, legal director for the Human Rights Campaign, said despite Haslam’s assurance the new law would have a negative impact on LGBT families in Tennessee.

“Gov. Haslam has chosen to put pure politics ahead of Tennessee’s women and LGBTQ people,” Warbelow said. “This draconian measure will open the state up to many expensive legal challenges and divert state resources to defending an unnecessary, unconstitutional measure. The Governor should be ready to answer for the fallout signing this bill will cause.”

It’s not the first time Haslam has signed into law an anti-LGBT measure. Last year, the governor signed Senate Bill 1556, which provides immunity under state law to counselors who object to care based on “sincerely held principles,” including refusal to treat patients based on their sexual orientation or gender identity.

Zeke Stokes, vice president of programs for GLAAD, said in a statement Haslam opened up the floodgates for discrimination by signing HB 1111 into law.

“By the stroke of a pen, Gov. Haslam has now placed the future of the state’s economy and the well-being of the LGBTQ community in jeopardy,” Stokes said. “HB 1111 has the potential to undermine marriages between LGBTQ couples, nullify a transgender person’s true identity under law, and put LGBTQ families at risk. This sets a dangerous precedent for how the LGBTQ community is treated in Tennessee moving forward.”