By : MICHAEL K. LAVERS of the Washington Blade, courtesy of the National Gay Media Association
Comments: 0 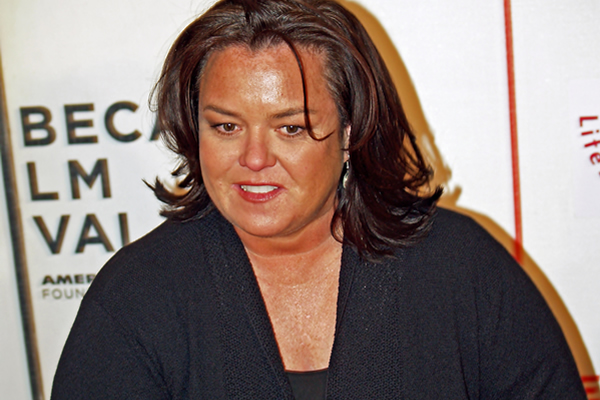 Actress and comedian Rosie O’Donnell on Tuesday angrily mocked President Trump during a rally in front of the White House.

“I know he’s a bully,” she said as she spoke to the more than 200 people who attended the “Resistance Rally” that took place in Lafayette Square before Trump spoke to a joint session of Congress. “He’s a mean man. He hates women. He’s taking away women’s rights and we will not stand for it.”

O’Donnell also noted Trump “has been accused of rape many, many times.”

“He has degraded and bullied women his entire life and career,” she said.

O’Donnell began her speech by reading portions of the Declaration of Independence.

“This is not Russia,” she then proclaimed.

“To Donald Trump and his pathetic band of white, privileged criminal businessmen, I would like to say to him, ‘nyet sir,’” added O’Donnell. “‘Nyet’! ‘Nyet’! ‘Nyet’! ‘Nyet’! No we won’t. We’ve seen what you have done, sir. We have seen your connections with Russia. The game is over.”

O’Donnell criticized Trump over an anti-terrorism raid in Yemen last month that left William “Ryan” Owens, a Navy SEAL, dead. The actress also mocked “major media companies” over the way she feels they have covered the new administration.

“He lies,” said O’Donnell, leading the crowd in a chant. “It’s about time they all started saying that instead of it appears as if he hasn’t been speaking the truth.”

O’Donnell told reporters after she spoke that Trump is guilty of “treason” because of his reported ties to Russia.

O’Donnell and Trump have clashed repeatedly over the last decade.

Trump in 2006 said O’Donnell is a “real loser” after the former co-host of “The View” described him as a “snake-oil salesman” and criticized him over his three marriages.

“I am sorry for the pain I caused — it was not my intent — I am truly sorry,” wrote O’Donnell in a tweet. Around 200 people attended the “Resistance Rally” in Lafayette Park in D.C. on Feb. 28, 2017. (Washington Blade photo by Michael K. Lavers)