What makes someone remarkable can vary. It can be a grand standing up for what’s right, or it can be something much more subtle and simple, just being who you are. Miguel Fuller and Holly O’Connor are the morning show hosts for Hot 101.5’s “Miguel and Holly Show.”

The radio duo came to Tampa Bay in 2015 by way of Panama City Beach and have since climbed out of the airwaves and snuggled up to us, becoming the Bay area’s very own Will & Grace.

Much in the manner of Anderson Cooper and Ellen DeGeneres, Fuller and O’Connor have been remarkable in changing the perception of what people think about LGBTQ people. Speaking to a large audience everyday, they are able to normalize the community for those who think every gay guy/straight woman combo is exactly like Will & Grace.

“It’s the authenticity with us I think.” Fuller says. “Will & Grace was important for that time but they were all caricatures of stereotypes. You didn’t get to see the nuances; you didn’t get to peel back the onion. With us it’s more than that. We are actually friends first, friends who deal with life with the audience there.”

Fuller and O’Connor discuss topics ranging from Fuller’s struggles with weight and dating to O’Connor’s divorce, dealing with co-parenting and getting back into the scene.

“Stripped down, I think the friendship is the key to it,” O’Connor says. “We try and do the show like we are making you a part of the conversation and a part of the friendship. That was also the key to the success of Will & Grace: That they were all friends first and it just so happens that they are a gay man and a woman.”

Fuller and O’Connor also made a change in the show’s name this year going from “The Miguel Show” to “The Miguel and Holly Show.” Holly embraces Miguel at St. Pete Pride 2016 where Miguel was one of the parade grand marshals. Photo from Holly’s Facebook page.

“We wanted it to reflect what the show actually is. It’s the two of us, sharing equal airtime, going back and forth, having an equal but separate voice,” O’Connor says.

Fuller joined O’Connor in recognizing the importance of having both names in the title.

“When I was a kid I dreamed of having ‘The Miguel Show,’ but when you become an adult you realize that you can’t pull off a show all by yourself, and when you meet someone who is your equal and your partner, you want to give them due justice to be able to have top billing as well,” Fuller says.

“I was so proud that Miguel was one of St. Pete Pride’s Grand Marshals this year,” O’Connor says. “So proud, I think cried actually. I have really watched him become a man over the course of our friendship.”

Fuller recalled sitting in the meeting when O’Connor asked for the show’s name change.

“I was very proud of her standing up and doing the damn thing and being the woman that she is,” Fuller says.

That authenticity is what helped get “The Miguel and Holly” show to number one this year. That and having the support of the family around you. “[Cox Media Group] have been so accepting of us as people and they said whatever you need to do on air be you,” O’Connor says. “That’s what people are coming here to listen to, you two and your personalities, so do it.” 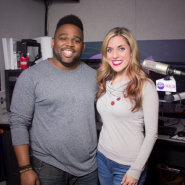 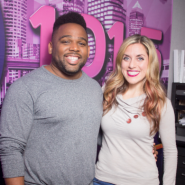 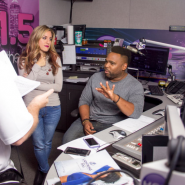 Survival of the Kindest: After enduring the attack on Pulse, Brandon Wolf is living his life out loud and for his departed friends