It’s hard to remember the Teresa Jacobs of yore. The mayor of Orange County (and former commissioner with a “regular people” angle on governance) has seen her share of public turmoil in recent years. She was, of course, partially responsible for “textgate,” in which commissioners and the mayor were caught discussing earned sick time with lobbyists on their electronic devices during a public meeting. That’s not really legal. There was litigation. It got pretty ugly.

But sitting down with her today, she’s believably a changed woman from the one we confronted about LGBTQ rights in 2012. She’s genuine. She’s crying. Pulse happened under her watch.

“It’s never going to get easier, darn it!” she says into a tissue. “I felt very proud of our community. I felt very hurt initially, as did our LGBTQ community. I know it hit our Hispanic community hard as well.”

She’s also on our side in her recognition that this wasn’t what alt-right conspiracy theorists would have you believe. This wasn’t just rogue terrorism, although terror is certainly involved when 49 people die.

“For anybody who thinks this attack wasn’t intended to affect the LGBTQ people, it doesn’t make any sense,” she says. “This man passed too many establishments and went too far to pick Pulse. It was just such a stab in the heart to our community. I’ve had so many friends, and you don’t know this, but growing up, in high school in college I had a lot friends who were in the closet and gay, and so I thought that I understood more than most people. But coming here and understanding that there were so many people who were openly gay, that it’s been so neat to see how people react to things they have never seen, to people that they never understood.” And then everything changed.

“I think for me that was the point where it wasn’t just good enough for me to say,” she says, wiping her eyes. “It’s taken awhile for me to reconcile my years of religious beliefs with my convictions about equality and the right for everyone to share the same joys in life that we have in marriage, but to get to that point that it was an absolute as an obligation, as a human, being mayor of Orange County, to speak up.”

Jacobs went as far as having our local Republican delegation sign a memorandum earlier this year proclaiming their support for LGBTQ rights. A friend helped her get there, as did the passing of former staff member Chase Smith.

“When this person said, ‘Do you know why it’s important that this is called a domestic partner registry?’ I said, ‘No, I don’t.” And he said, ‘You’re the mayor of Orange County. If you don’t validate our relationships, if you don’t call it that, it invalidates our relationships.”

Gallery photos by Jake Stevens and provided by the office of Mayor Teresa Jacobs. 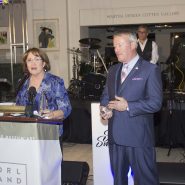 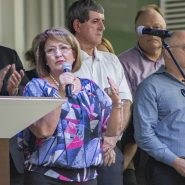 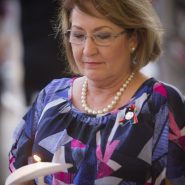 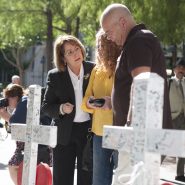 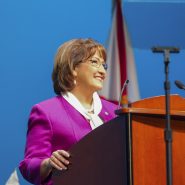 The Connection is Made: Mover and shaker Carlos Carbonell meets, greets and wins

Jacobs weighs in on marriage equality