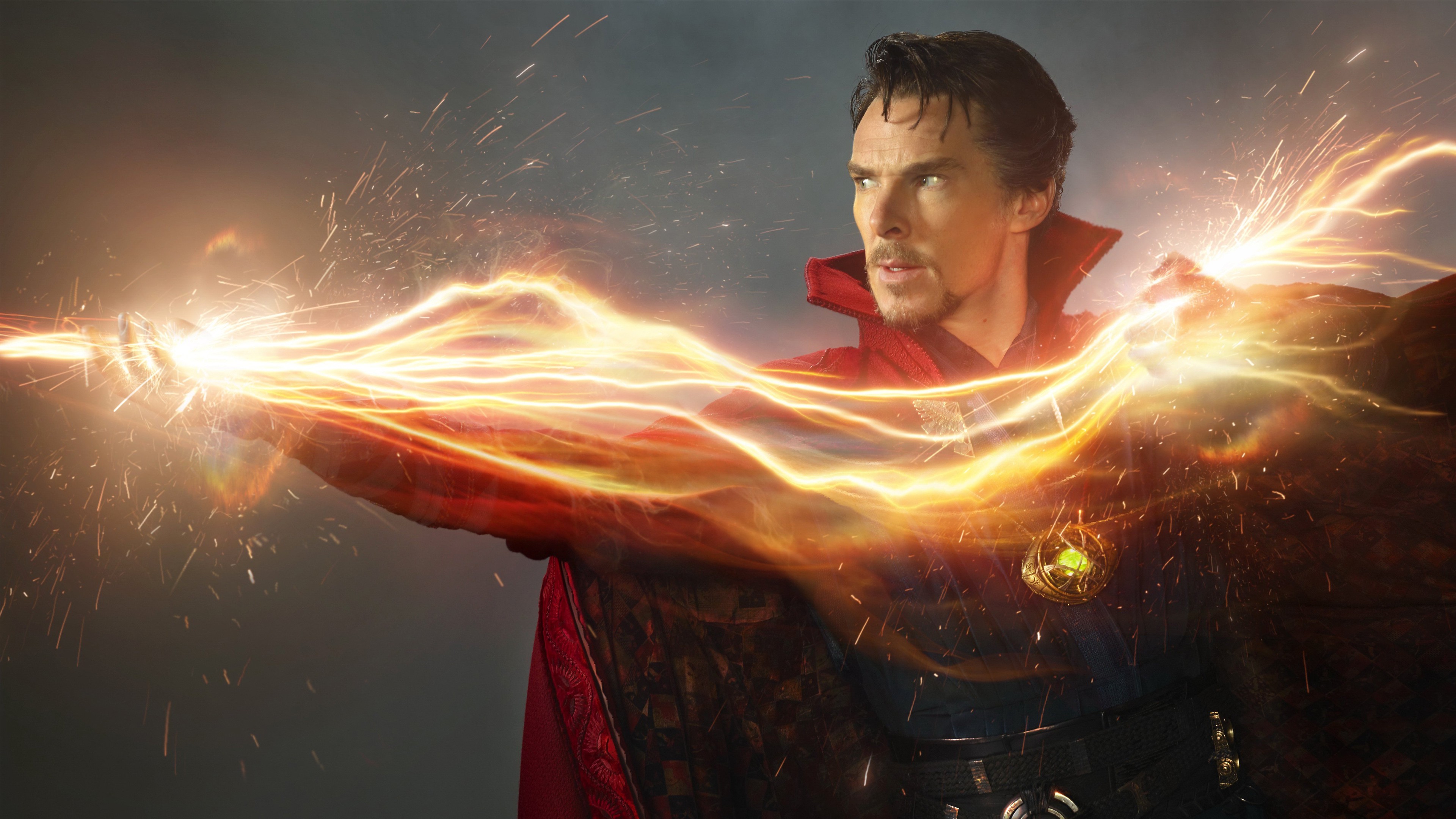 Movies area visual medium, and few movies take full, beautiful advantage of that like Dr. Strange. It’s a spacy, hallucinogenic head-trip worthy of repeated viewing just to take it all in. This new Marvel comic movie also boasts some great actors truly committing to their characters.

However, what it lacks – and it seems a shame to complain about this in a comic book movie – is real emotional punch. When an arrogant man loses his career and, quite possibly, the love of his life, we should feel more. We should feel his devastation. Though this man searches for redemption in the spiritual arts, Dr. Strange doesn’t really have a lot of spirit. Great actors like Tilda Swinton bring their all to Dr. Strange.

I mean, people are going to talk about these for months, years. I suspect this will be up for a Best Effects Oscar.

Dr. Stephen Strange (Comberbatch) is a brilliant, egocentric neurosurgeon. A car accident takes his hands away from him – severe nerve damage. So, desperate for a cure, Strange goes to Nepal to dabble in the mystical arts. Under the tutelage of The Ancient One (Swinton), Strange comes to discover a magical world of wizardry. He also uncovers a secret plan for a dark force to take over Earth. He and his new friends must save us all!

So, what we have is an origin story blending philosophy and magic. It always seemed odd to me to combine Eastern philosophy with Harry Potter manipulation. I always assumed it was the relative naiveté of 1963 (when Dr. Strange was created) that led to this oddball, slightly socially insensitive combination of meditation, martial arts, and magic. The idea is that our minds control reality (a very Buddhist concept), so we should be able to physically manipulate it. This also means magic covers up a lot of improbabilities and plot holes.

And I’m okay with that, when it’s rendered so intriguingly! This is a film that couldn’t have been made before The Matrix and Inception gave it the technology.

So we witness buildings fold in on each other like ever changing mandalas. People leap from dimension to dimension in the blink of an eye. Time freezes. Sorcerers open portals, passing from Hong Kong to London to New York. Gravity spins people and furniture like a dryer full of bricks.

And when we have actors like Cumberbatch, Ejiofor, and Swinton, we sense the fierce commitment. Still, I wish there were a few more quieter and heartfelt scenes where we sense the relationships as they build. I wanted to fear for friendships and loves; I wanted to feel the losses and gains more.

Instead, Dr. Strange uses cutting edge special effects and talented performers where the script lets them down.

Still, anyone looking for unforgettable visuals – a weird drug trip of a superhero film – need not travel the world looking for answers!

LGBTQ Voting Rally on Sunday! It’s your last chance to be early!

Screened Out – Avengers: Age of Ultron