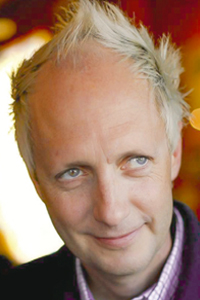 “I, I will be king. And you, you will be queen,” hero David Bowie once hollered at a generation of people who felt like they were nothing. It’s an interesting quagmire in these times, obviously, as we watch presidential debates with no clear winners and witness election events stacked with confederacies of dunces.

We’re not trying to be too bleak here – though if you bore sacred witness to the nonsense of Donald Trump’s Florida pantomimes in the last week or witnessed the intellectual dissertations on tiny hands by his peers on television, you’re certainly forgiven for rolling your eyes at democracy in cheap denim cut-off shorts. The circus came to town – and will remain here on some level until Florida’s March 15 presidential preference primary – so the gloves are off, the din of futility is rising in decibels, the game is, apparently, an actual game that is on.

Find your nearest conspiracy website for all the latest.

But we’re not going to let that interfere with our good time. Each year, Watermark presents its WAVE Awards as a means of letting our communities know how important they are to us and to each other. Want to talk about democracy? Well, we counted thousands of votes for the Tampa Bay and Orlando areas in order to crown our winners, and not one of them talked about tiny penises or Benghazi. We win. (Maybe we should have debates?)

At any rate, this is our most fabulous issue of the year, as most regular readers know. In addition to its implied pageantry and the calculations beneath that, it’s a celebration of an LGBT community that has grown by leaps and bounds in standing up for itself and making its presence known.

But the WAVE Awards aren’t really a competition or an election, as it were. They’re merely decorated nods to all the amazing things that we have to offer as a culture, one that still lives in the afterglow of marriage equality and still strives to achieve full equality. We don’t talk about hand size or Wall Street. We talk about people making life better.

And what an amazing group of people we have to feature this year! Politicians, allies, entertainers, entrepreneurs, personalities and everyone else we can fit on this magic bus. Progress is the name of the game, and that’s why we are coining this issue, “The Next WAVE.” The movement didn’t stop with marriage, nor do our businesses, our social lives or our personal concerns. We are moving forward briskly.

And we’re breaking heels just for the fun of it!

Consider for a moment Michael Wanzie’s scathing take on atheism and the religious denial of science as proof. Think for a minute about a couple of the news pieces herein which deal with the issues of our time: the Pastor Protection Act passing, marriage discrimination at a wedding ranch, shifts within our own ranks in the St. Pete Pride shuffle, even the lunge for the gay dollar in the political races clouding our transoms. There’s a lot going on.

A lot has gone on already, too. Please take a second to read the story of singer/songwriter Terri Binion, who releases her album The Day After the Night Before this week; Binion, whose partner was killed in a tragic accident that clearly involved employer negligence, is a portrait of grace and healing. She deserves your time. And the time after that.

Grab a heel and run to the piece about the Dr. Phillips Center for the Performing Arts and its philanthropy around Cyndi Lauper’s Kinky Boots Orlando arrival.

But mostly, just relish the times we live in now in the areas we share. There are so many truly amazing people and businesses carrying our flag through to the next chapter, so many wonderful things you might not yet know about. Our WAVE Awards are here as a guide to those entities, those souls, that are looking out for you.

Politics can and will get ugly. The WAVE Awards never will. Please be sure to drop by one of our celebrations on March 10 at Southern Nights in Tampa or on March 11 at the Abbey in Orlando. There is more information on those inside these pages, and more debauchery – ahem, celebration – than you can afford to miss.

As always, thanks for reading Watermark. We couldn’t do this without you, and, going by the numbers of people who participated in our polling, there are many of you we cannot do without. Thank you, thank you, thank you.

“We can be heroes. Forever and ever.”