Screened Out – The New Girlfriend 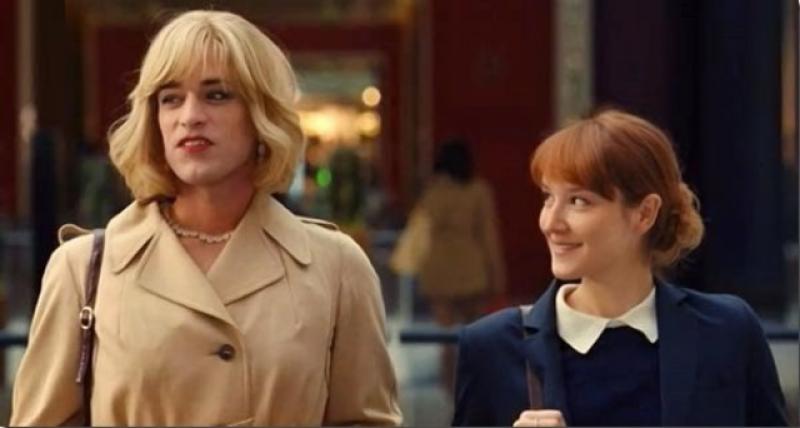 The New Girlfriend will be on DVD and for rent on Tuesday, Jan. 26.

This cross-dressing psychological flick is rather good, but it never quite hits the freaky sexual fission it shoots for – especially for a modern film.

French director/writer François Ozon (8 Women, Swimming Pool) usually peddles in a careful balance of understated wit and sexual tension. Girlfriend has bits and pieces of those. As enjoyable as this is, this film’s subjects just aren’t dangerous and titillating enough in 2016.

A few moments of sexist camp – provided by Romain Duris – throw the balance off in The New Girlfriend.

It’s like a lesser Pedro Almodóvar from 15 or 20 years ago. Yet, even decades-old Almodóvars – like this film – have some damned good reasons for watching.

Claire (Demoustier) is devastated when her best friend Laura dies, leaving a grieving husband David (Duris) and an infant daughter. Claire and Laura met as girls, they made blood oaths, and they stood with each other at the weddings. Claire was sure they’d grow old together.

So Claire reaches out to David. But when she enters the house, she finds the man dressed in his dead wife’s clothes feeding the daughter. David admits to Claire that, though heterosexual, he likes to dress up and wear makeup. He swears his wife knew. Though she thinks he’s a freak (she’s a bit of a prude), Claire is roped into helping David and hiding his secret. The truth is that it’s a bit of a turn-on for Claire. They cannot tell anyone, because the dead wife’s parents might take his daughter away.

Claire even lies to her husband, for reasons I cannot quite fathom. Though, I admit, I may not understand; I’m a gay man rather used to cross dressers. Drag lost its shock value in the 90s, when I moved from Iowa to Orlando.

Demoustier, Duris, and the rest of the cast do a beautiful job playing down the melodrama. They seem to know that this film isn’t about 2016 ideals, but about the characters’ own outdated hang-ups. Ozon lets the actors and their costumes play with the supposed gender confusion – “Does this make him gay?” “Does this make her a lesbian?” “Is she going to cheat on her hunky hubby (Personnaz) with the cross-dressing spouse of her dead best friend?”

Director/writer François Ozon specializes in this type of films, with psychological tension and lots of gay references.

Except for the infidelity question, I kept wondering what harm there was in everyone just doing what makes them happy. Like RuPaul says, we’re all born naked and the rest of it is costuming.

Girlfriend has a nifty throwback sense of heightened drama, and even fun – like when the girls go to a mall to shop for clothes and make-up. A rich score by Phillippe Rombi – who does quite a few Ozon scores – plays throughout. Lots of strings: back in the day, films like this always had lots of strings attached. There are small decorative hints to 1950s midcentury modern – a solid nod to the outdated morals and beliefs the characters hold.

And because it’s French, there’s quite a bit of nudity – all kinds of naked.

It just all falls apart when we realize The Crying Game came out in 1992.

Let me be clear, there is still something enjoyable about The New Girlfriend, even if it isn’t quite as twisted as we’d expect in 2016. It just dressed and acts like a perfectly good flick from a couple decades back.

Send your sweetie a FREE Valentine in Watermark!

The Emboldened Girls: A candid conversation with Jane Fonda and Lily Tomlin