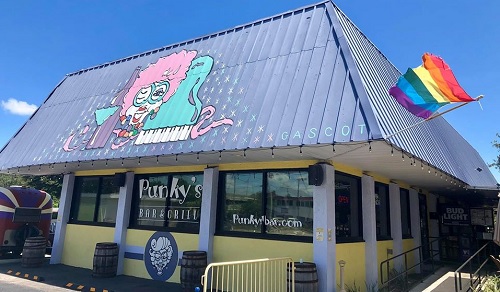 MADISON, Wis. (AP) — Two Republican legislators are proposing a law that would bar transgender students from using the locker room or bathroom assigned to the gender with which they identify.

Rep. Jesse Kremer and Sen. Steve Nass want to require school boards to designate bathrooms and locker rooms as exclusive to one gender. They also want the state Department of Justice to defend school districts in lawsuits that challenge the requirements.

“This bill reinforces the societal norm in our schools that students born biologically male must not be allowed to enter facilities designated for biological females and vice versa,” Kremer wrote in a memo sent Oct. 6 to lawmakers.

Kremer tells the State Journal that the legislation is aimed at providing safety and privacy to students.

The proposed legislation, he said, is the result of a situation in the Kewaskum School District in which a student who was born female but identified as male repeatedly used a school bathroom for boys.

“Transgender young people already face immense harassment and bias when they are just trying to participate in their school environments as their authentic selves. Legislation like this would further stigmatize transgender students and harm their health and well-being,” the group’s executive director, Michael Silverman, said in a statement Oct. 7.

Many school districts in Wisconsin are addressing the issue. The Janesville School District has adopted a policy allowing transgender students to use the bathroom and locker room assigned to the gender with which they identify if parents and principals give the OK.

And in the Madison School District, transgender students get access to the restrooms and locker rooms that correspond to their gender identity if they choose. The district’s policy states that if a staff member or classmate objects, the district will make other accommodations for the person who complained.