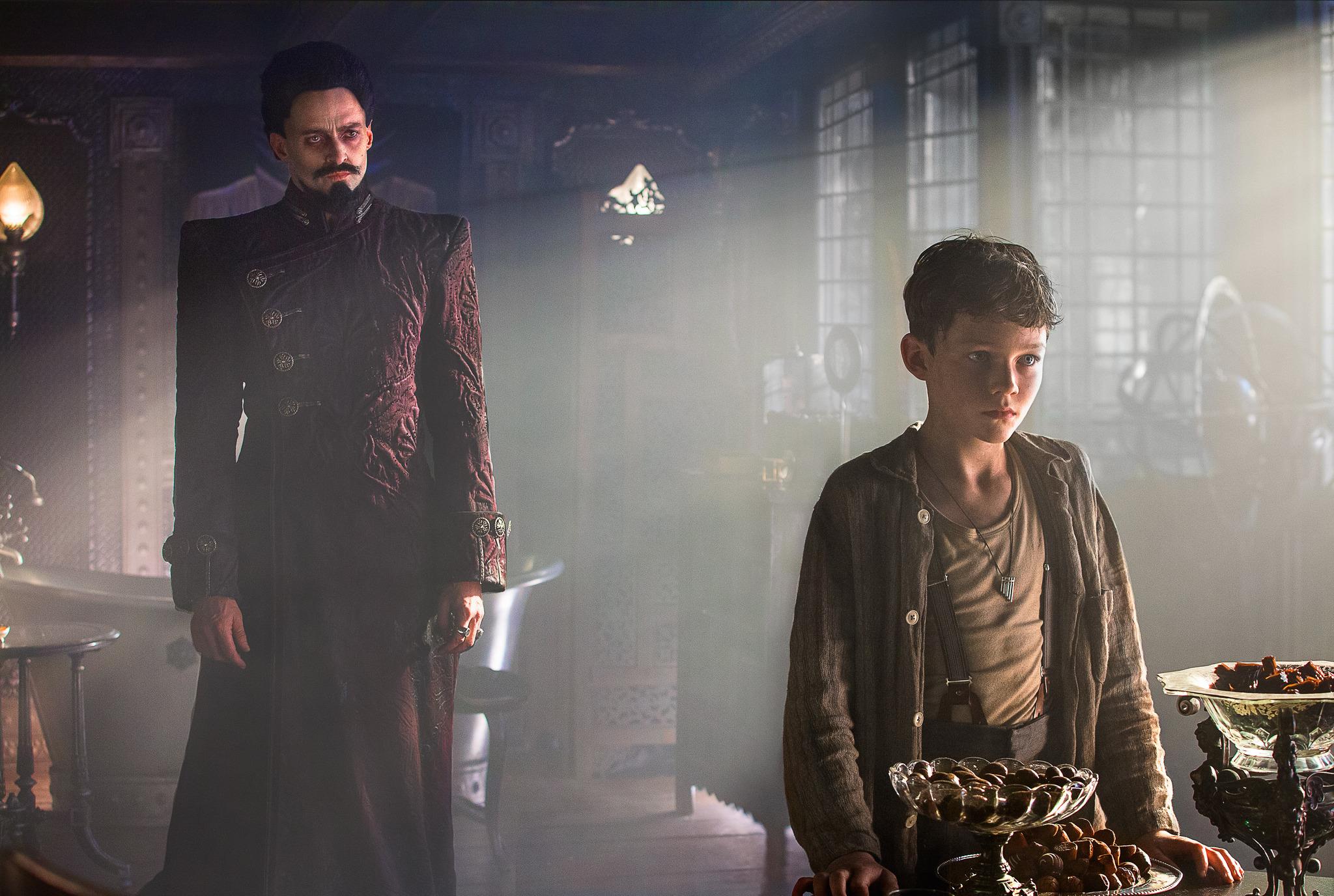 What a mess! This Peter Pan origin story strives to be something whimsical, weird and wonderful for the kids. It instead ends up clueless, confusing and cluttered. If all you’re looking for is stunning visuals, Pan is definitely for you. If you like your movies to have solid, even acting and some sense of tone, this Lost Boy never gets off the ground.

Pan doesn’t believe that characters with heart can carry a children’s movie. It instead overloads oddities, offering only optical onslaught.

Being handsome doesn’t save Garrett Hedlund’s campy performance as a young Captain Hook.

The latest trend of telling back-stories, reinventing fairy tales – Maleficent, this year’s Cinderella, TVs Once Upon a Time – is going to at some point run its course. Pan might speed up that demise, along with other failures like The Brothers Grimm, Jack and the Beanstalk and Hansel and Gretel.

In the 1930s, Peter (Miller) is a baby left at a London orphanage. In the middle of WWII, he starts to suspect the nuns keeping him might be stealing supplies. When other kids disappear in the night, Peter gets really curious. What he finds – just as he is snatched – is that the nuns are selling children to pirates who come in on a flying ship from a magical land.

J.M. Barrie wrote Peter Pan in 1904. So, the movie skips around time periods; it sort of explains why and how that happens.

A solid sense of absurdity is perfectly okay, if it doesn’t completely overtake the story. When the kids get to Neverland, they’re forced to mine for elusive fairy dust; we can go along with that. When the famous, historical pirate king Blackbeard (Jackman) starts singing Nirvana’s “Smells Like Teen Spirit,” we start to sense the whole endeavor sinking. By the time they introduce a Ramones tune, this movie has hit rock bottom. And, no, this isn’t a musical. Or is it? In Pan, director Joe Wright takes his visual panache too far, into cluttered and confused cinema.

In Pan, director Joe Wright takes his visual panache too far, into cluttered and confused cinema.

Add to that the uneven acting. Jackman has a blast in his strange role, Miller is genial and a little bland as Peter, and Mara gives a sense of honor to the Indian princess Tiger Lily. Poor Garrett Hedlund as a young Hook: it feels like he didn’t have a director. Maybe he was given too much leeway to create a broad, cynical character – snide like Han Solo, but overly animated.

Director Joe Wright is solid with visuals; he directed Atonement and the eye-popping Anna Karenina. Here, he goes completely into cloud-cuckoo-land, trying to ape Terry Gilliam. He ends up with a stunning, overly busy mess, much like Gilliam’s crappier films.

There is a lot to take in, and Pan’s special effects can be awe-inspiring. Unfortunately, the characters aren’t at all whimsical or intriguing. There’s almost little tension; we know who survives, because we know Peter Pan. Things we expect to be introduced – conflicts we may want to see the origin of – don’t get shown, much less developed.

It’s easy to see that Pan was not an inexpensive film. Yet, it never finds its heart in all this color and noise, music and scene chewing. Simple stories can often be more magical than overblown visuals. Pan just never believed in itself.